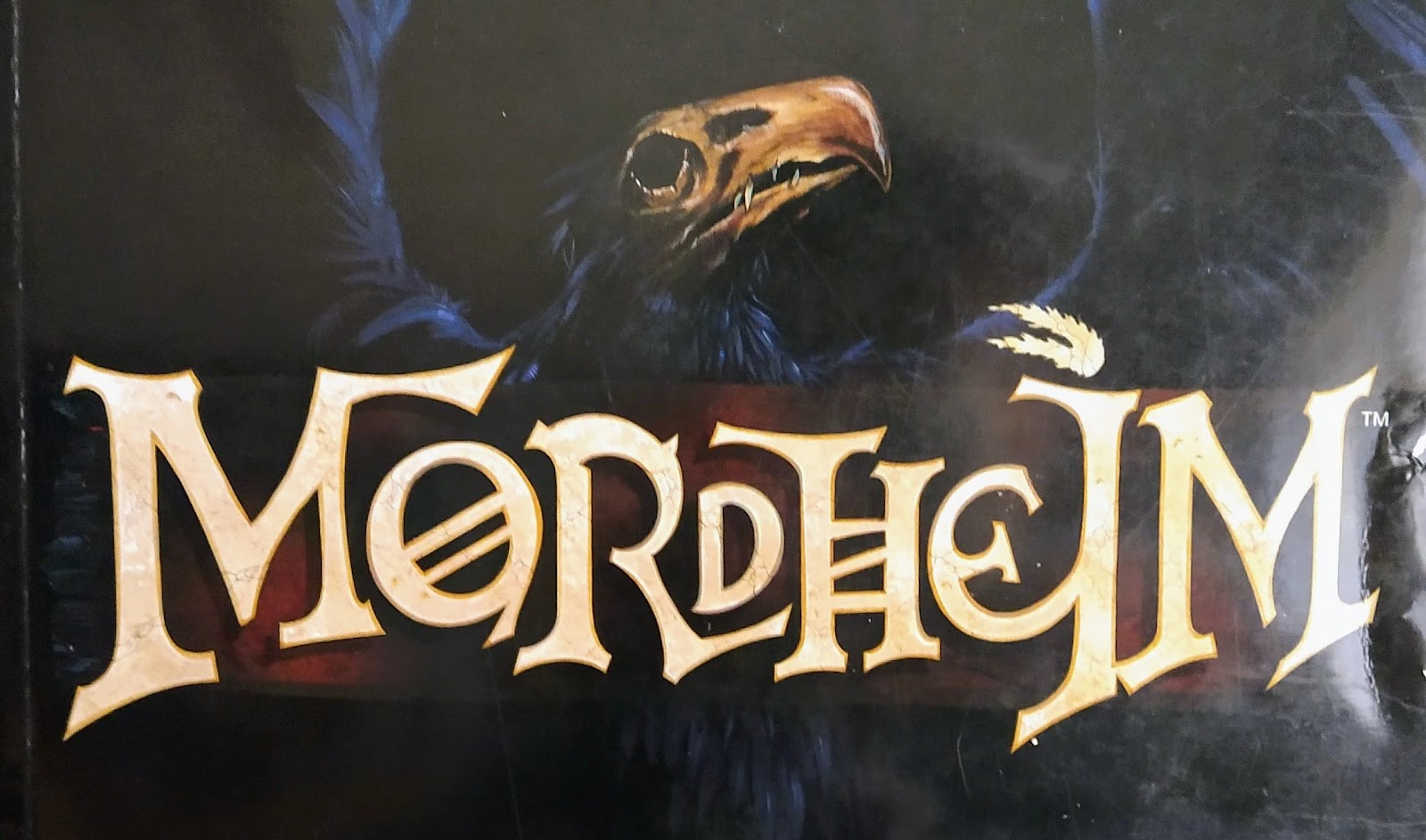 It seems I have been thinking about the "good Old Days" of gaming and Youtude must be taped into my brain, as my feed recently had a video on the 1999 GW game Mordheim! For those too young to remember the 1999 games, Mordheim was a Cursed city in the Old World Empire that was destroyed by a twin tale comet. Now the cursed city lures would be treasure hunters to it to loot for warp stone.

For me this was an awesome game and for my son, it was his first true war game to play. He had a warband of Skaven and was lead by his creative named leader, Copper Head! But it taught him how to play games and many adventures were played in the cursed city. So Mordheim has a special place in my gaming histroy tied to my son.

So besides YouTube taunting me, I was able to score a few older GW minis that I was going to use for other skirmish Horror games. I was able to locate the Undead figure and a few months back painted them up, not realizing that they may be the first warband to venture back into the cursed city.
Along with the Undead figures, I was able to find a complete Witch Hunter warband and was also working on painting those up, but lost interest and did not finish. But it seems that they found their way back onto the paint desk this afternoon.

I also found a few marionburg models, but not sure if its a full warband but honestly they are not my style with their fluffy shirts and such. But at least I have the models.

So now I am looking at building a ruined city board with terrain, may go all old school and try to stay away from the Laser cut look. I want that old school vibe and lots of scattered terrain. This could be the next big project for me for the new year, so stay tuned.

Very cool. Sounds like a good project for you to enjoy.