The end of the year is almost upon us and it is that time to look back and see what we did here at Cursed Treasures, first a look at what the goals were for 2013.

Bolt Action will be getting a ton of play since it is now my favorite WW2 28mm. I will be doing a challenge with three other buddies starting on New Years day so stay tuned for that. I also plan on working on terrain to go along with the WW2 gaming. 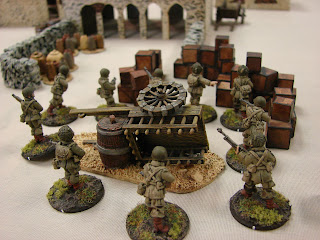 So I did very well with Bolt Action this year, I got in a ton of games and had a lack luster game record of 4-6-4. The Paint Challenge for 2013 was to paint up 1000 points of my US Airborne and I ended up painting my whole force. The funny thing is that I had these particular figures for well over 5 years, but I finally got them all painted up. I also decided to to run another Gathering in the Desert event which will be for Bolt Action in 2014. So I have been trying to build the local community for the event and we will have another great event. So all in all, I would say I did very well with Bolt Action this year.

A Black Powder American Civil War game that Robert got to the table this year has got me committed to building a brigade of Confederates for another game. 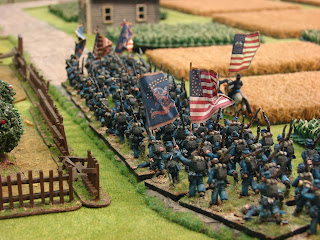 So, we got in two large games of Black Powder ACW and my goal was to build a Confederate Brigade, well that did not happen. I picked up four boxes of Perry Miniatures to build my Brigade, but I only got four figures built and no painting done. So I would say I didn't do to well this year, but there is always next year.

There has been talk of doing Hail Caesar games and since I have a Mongol army and a viking army just sitting, this could become reality rather soon. Seeing how Bolt Action and Black Powder are great games, I am sure HC will be as well.

I only got in one game of Hail Caesar this year over at a friends house. We did a large ancient game in 15mm, other than that, nothing else was ever done with HC. We are still talking about playing it, but it will depend on me getting the rules and doing something. So this goal was an epic fail!

I am looking at still doing some Old West and the inspiration is coming from a PS3 game, Red Dead Redemption. I got this video game for Christmas and it is giving me the itch to do some old west gaming. I am going to be play testing a friends Old West game so this will be perfect for this year. 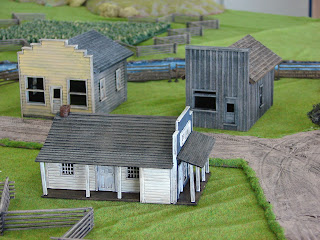 Well other than playing Red Dead, there was no Old West gaming at all. I did get two of my Old West buildings painted, I just need to paint up about 15 more buildings and I will be good for terrain on the Old West Front. Now in 2014 I will be playing in a LotOW tourney at Adepticon, but nothing for 2013, so fail here.

Flames of War will be back this year since just today my buddy Robert just got a cool scenic piece that looks like Anzio. So perhaps we will get our act together and finally play a campaign using the FoW rules. Regardless we will be getting back to 15mm WW2.

So, Flames of War was huge this year, I had a great game record of 13-11-1, which is good since that was 25 games total for the year. That means that FoW was the most played game for me this year. I started a couple of new armies and finished up a few old armies. I played in my second FoW event and actually placed 4th out of 12 players, which is awesome. I also spent most of my hobby budget on FoW this year as well. So the FoW goal was a huge success and I can easily say that FoW was the game of the year. 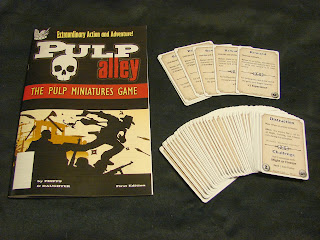 Pulp, I purchased a bunch of Pulp items this year, Pulp Alley rules, new Pulp Miniatures and I acquired some great buildings for pulp games. Pulp is one of those fall back periods that I really love and am always working on. In fact I think about Pulp gaming all the time, I know I will be continuing this trend into the new year. 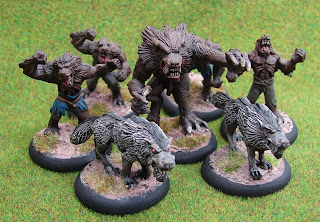 Empire of the Dead, I did some work on figures for this game and got in a couple of games, but other than that, not much else happened. I know a few of my friends have the rules, but there has not been much interest in getting onto the table. I think it is because those that have the rules are busy playing something else and we are just all too busy to get this one to the table. But I will still work on figures from time to time since I like the idea of the game. 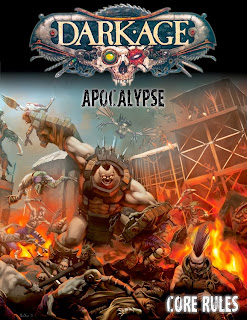 I had high hopes for this game and I purchased miniatures and the rulebook, but shortly after I bought the rulebook, they announced that they are going to do another rulebook with a new addition. That killed it for me, I will either sell off what I have, or at least paint up the minis. I am just burnt out with game companies changing their rules within a few years. 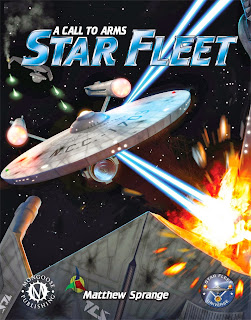 Hmm, another rule set and models that were purchased, but besides reading the rules and looking at models, nothing else happened. I did get in a game with a few guys and another friend actually got his stuff painted, but once again nothing else happened. The local scene has moved away from the game, which is strange, since there are a lot of players here in the valley. 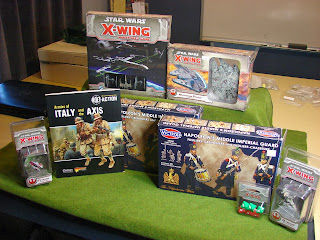 It seems that I will get in another army before the year is out and it is my SS14 Stug Batterie company. Shifting Sands is a local themed that the Desert Rats run here in Phoenix. For the past few years I have wanted to go and participate, but real life always got in the way or I just did not have a force for each years theme. But once I heard that it would be "Panthers, Tigers and Elephants, oh my! SS 14 Kursk" how could I not want to go! So if you remember over this summer I purchased all the models for the event while on vacation and I have been slowly working on getting everything together and painted. Well I did it before the end of the year, so here is my force.

First up is the main component for the Stug Batterie, Stug F/8Gs. Since Sands uses themed list, this Stug list was put together be the Desert Rats, So there is a single HQ Stug F/8G with Side Skirts for 180 points, then there are two platoons of two Stug F/8G with side skirts for 350 each.


Next up is a single platoon of two Stug F/8G at 340pts. I will use these guys as support or for reserves.


Next up are two Sd Kfz 7/1 Quad 2cm guns that have been upgraded to armoured half tracks for 120pts. I know there will be planes and these guys will work as air support or close range infantry support.

Last up are some Grenadier squads to hold an objective, I have three squads all mounted in trucks for 160pts. A bid thanks goes to Drunkensamurai for donating the trucks to the cause!

So here is the whole 1500 point force in all of its glory ready for battle. I have yet to get in any games with the force and I understand it will be tough since I have a limited fire arc, but I feel pretty confident of the force since it has a mix of infantry and tanks.

So there you go, one of the last few posts for the year, next up will be my Christmas haul and what I got done for 2013 and what lays ahead for 2014.