What does it take??? 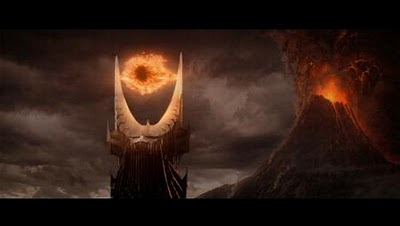 So I have been wondering about a few things lately and figured I would post them here.

Now as most of you folks know, I love Lord of the Rings Strategy Battle Game by Games Workshop. I love it so much that for the last three years I have run Gathering in the Desert, an Independent Grand Tournament for LotRSBG. What I am wondering is what does it take to get more folks into this game?

LotRSBG was considered one of Games Workshops "Big Three" core games while the movies were out. Now that the movies have come and gone, there does not seem to be much buzz about this game anymore. In fact even GW is lack luster in promoting it themselves, this is of course has to do with sales of the game I am sure. So we really can't blame GW for the reason why sales are down or their lack of support.

So what is it? I have been wondering this since 2001 when the game came out. I have been a cheerleader for this game since day one here in the valley. Heck Drunkensamurai and I were both screaming it from the mountain tops about this game. But no one seemed to be listening. Sure there are a few people that heard us, but I would say out here in Phoenix we may only have about 16 players that play LotR. 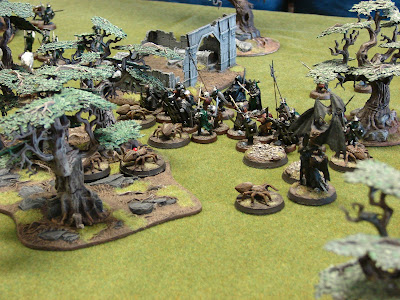 It is even so bad that the folks that travel from outside of the state out number the locals. Out of the 24 people last year at GitD, we had only seven local players! And it doesn't seem to be any better anywhere else in the country. My good friend Brent Sinclair has to travel at least two hours to find anyone to play and he lives in the Chicago area!

So what is it? Is it the rules? I have heard people locally say that LotR is about rolling 6's. Well hell, isn't that any game that uses a six sided dice? Most people that I teach the game to fall in love with it. As I like to say, it is a easy game to learn, but hard to master. It is after all a skirmish game and is fairly complex in what it can do, so what is it with the rules??

Is it the miniatures? Hell most of them are sculpted by the Perry Twins and if you have to ask who they are then you do not play GW games. To boot the minis are mostly in plastic and compared to GW's other games, you get more figures for the buck! Also LotRSBG has a model cap of about 75 figures for most games. So that means you could buy three box sets and nearly have all the figures you need. And once again they are cheaper than other GW ranges.

Could it be the playing surface or area needed to play? Well hell, most games are fought on a 4'x4' table or smaller. Take a look at the LotR Journey books and some of the scenarios take place on a 18"x24" board! Maybe it is the amount of terrain needed as this is a skirmish game. And that's another thing, most people I see that do play LotR play on wide open tables like WHFB. Come on folks, load the tables up and have some fun.

Is it the cost? As I mentioned above, LotRSBG is the cheapest game that GW puts out. Now I do know that their has been price increases, but overall it is cheaper to play LotRSBG than it is to play 40K or WHFB.

So what is it and what does it take for people to notice this game? I fear that when GW discontinues this game, many people will be crying out for it to come back like Space Hulk, Blood Bowl and countless other games that have gone away.

So what am I trying to say here? Well it should be pretty simple, why don't you try playing LotRSBG. And if you had and liked it, than get out there and play it some more. Hell this Sunday I am headed out to my local store (Imperial Outpost Games here in Phoenix) to throw down a few games...

Labels: Gathering in the Desert, GitD, Lord of the Rings, LotR, Rant 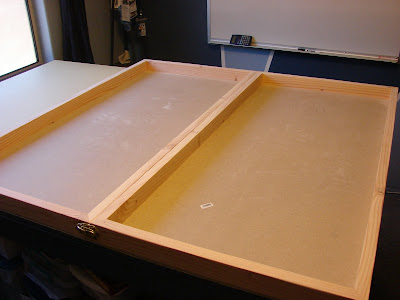 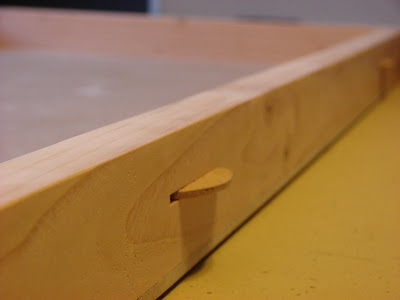 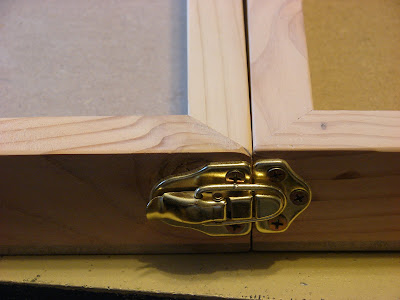