As I wrote a few post ago, I was giving a huge collection of HO train equipment from a good friend and among the ready to run rolling stock were a few old school '"shake the box" kits from Athearn, MDC and some Walthers Classics. So I decided that I wanted to get a few of them put togetherand do some weathering. First up this CNW Covered hopper which is an Athearn custom paint by Bev Bel .

As its a yellow I wanted to tone it down, so I used Some Vallejo Black Wash thinned down with water and kept it to the raised areas.

For the underside I used Vallejo Engine Brown Grime dry brushed on the underside but kept it pretty light I also added metal wheels from Inter-mountain Railway as well as added a few Kadee couplers.

Once I got that one together I decided to work on another one for CMA which was an Athearn kit as well. Same thing as the other one, weathering wheels and couplers.
At this point I ran out of metal wheels, but was still feeling like building kits, so I busted out this Athearn kit. I still need to do weathering but will do that once I pick up some metal wheels.
Next up was a Walthers Classic boxcar, this one gave me some issues as the boxcar walls had squeezed inwards causing the roof not to fit properly. So I busted out some plastic and made a few gussets to keep it in the correct shape. I always like the GWSpaint job and need to locate a few more.
Next up was this classic MDC kit for the WP car, I used to have a bunch of these cars and was bummed when I could not find them anymore, especially for the older price!
Next up was this Athearn mechanical reefer, I used to have a bunch of these as well, now the glide the rails of a buddies layout in CA.
Last up, an SP caboose from Athearn Genesis kits, this one is non lighted, but its a beautiful model. The time frame I model early to mid 1990's, SP was still running a few cabooses on local trains and special trains. Its just a great looking model I had to put it on my layout.

So there you go, a few kits that I have gotten built, I know need to get more couplers and wheel sets to finish up the rest.
Happy Trainsgiving and thanks for stopping by.
TK

Posted by Tim Kulinski at 1:21 PM No comments:

This past weekend I got a very unexpected surprise from a long time friend and model railroader in CA. My good friend Don sent me a message last week asking if I was still doing Model Railroading and if I was interested in a few locomotives and some rolling stock. it seemed that he was needing to thin out his collection. I told him I was and he said he would send a few over to me here in Phoenix. Well he sent me another message stating that it would cost way too much, so he decided to drive them out and do an actual visit.

Well this Saturday he came on out and before we unloaded his car we caught up and went to lunch, when we got back from lunch, it was time to unload his car. I knew something was up when he asked if I had a hand truck or furniture dolly! Well there must have been at least 6 small boxes and three large boxes. When I grabbed the first box it must have weighed at least 40lbs, Don laughed and said wait until you see whats inside!

Well, I was floored, I started pulling out box after box of brand new, never been out of the box Southern Pacific locomotives! Don had told a little lie, it was more then a few locomotives! Total count was 49 locomotives and just about the same number of rolling stock, mostly all the rolling stock is ready to run, just needs to go onto the tails!

So I had to ask my buddy, are you feeling and doing okay? As why would anyone want to get rid of all this stuff, surely you could sell it and make some money back? Don laughed and said yes he was fine, the simple fact was that he had plans to either build a layout or join a club, but just never did. he liked the collecting and after years it was just stuff and he knew he would never get to actually use it. So hence the message and delivery too me! I was totally shocked by this and the sheer amount of stuff, I do have a small switching layout I am working on and I do belong to a modular group so I would be able to use most of the rolling stock. Don's only request was that when our modular group starts doing shows again, he get the chance to come out to operate some of his trains, I told him that was a must for sure!
So what am I going to do with 49 locomotives? I do not know right now, I will be needing to purchase decoaders for them and there are a few that I am super excited about (Tunnel Motors and SD45's!) and I will begin weathering models as I go. I am super thankful for this gift from my friend, still overwhelmed but thankful as its a very generous gift to say the least!
But this got me thinking and I have spoken to a few friends already, at some point I think we all get to this point with the stuff in our lives. We just need to get rid of things that we had many ideas for that just never happened. I sometimes think about doing the same thing with my war gaming stuff, it just gets to be stuff and not important any more.
Well I have to get back to planning now, lots of stuff to work on now.
TK

From GW to WG

Been thinking about this a lot recently and how once again I feel that the Games Workshop Hobby for me is gone. GW's current trend of marketing seems to be not for me anymore as they are more focused on attracting new customers for the corporate machine. Us older gamers that have been in the hobby for some time are not important, I know this first hand from my short time working at GW, during training they seem to disparage long time hobbyists, but I wont go into that. All I see is new things to get more money for the company and the current trend of limited supply is unsettling, almost like they are causing this frenzy for their products on purpose. 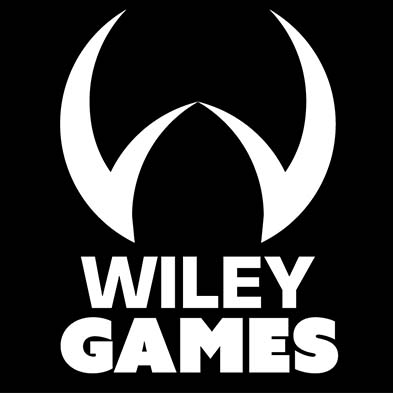 Well, with that said, I think I may be switching over to Wiley Games and the start playing more of his games. For those that dont know, Jaye Wiley (Barons Blog) is an independent rules writer who is most notorious for  Fistful of Lead and Fistful of Lead Reloaded. 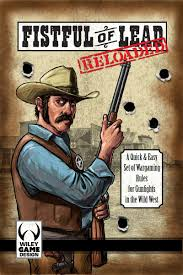 I have been using his rules for sometime for Old West and last year for my Tales of Horror game that I ran. 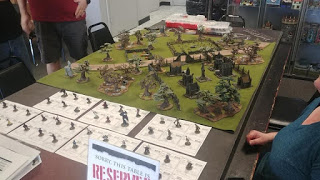 Jaye's rules are fast and fun and more importantly will not break the bank! They are a great group game or con game set of rules that will allow you to run multiple people with. I have always liked skirmish games and these rules fit the bill. The other great thing is he offers many different periods and settings using the same core rules. 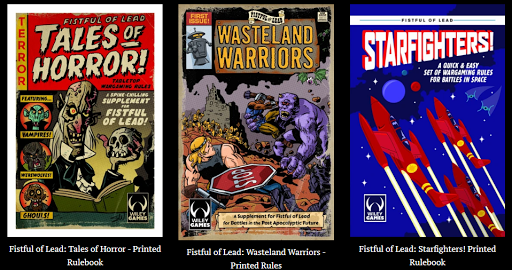 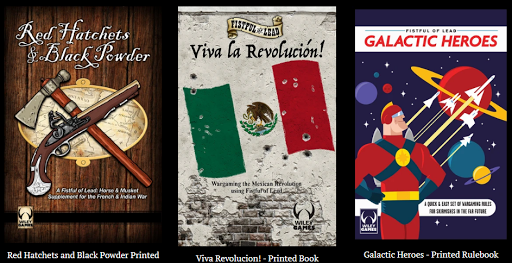 As you can see above, he does have just a few different periods and settings, besides these there are scenarios and other cool things on his website. Out of the above I am only missing two books, which I will be sure to pick up soon. Jaye is working on a set of Fantasy rules currently and hopefully a Big Stompy Robot set of rules that I keep bugging him about. He has much more settings planned for these fun rules.

As I said above, I think I am going to move more towards actually playing these rules in the future, the game buddies I get to play with enjoy them. Plus, by playing these rules, I can use whatever figures I want to and that is something that I like to do!

My buddy Mike of Dagreenskins blog threw out a challenge on his live stream to work on Tank models for the month of November. Well Rob and I just happened to play a game of FoW that weekend so I had busted out my collection and saw some tanks that need some paint, so I jumped in working on Tanks!

First up are 5 Plastic Soldier Company Panthers that I built and painted up about a year ago, all I had to do was add the decals and do some weathering on the models.

Next up was four PSC PanzerIII's, these were built about 6 months ago and needed paint, decals and weathering. I opted to do these as two tone camo just for a little bit of difference on the table so myself and my opponent could tell different platoons apart.

I then painted up these six other PSC Panzer III's in three tone camo, The reason for 6 is that two tanks will be the Company Command tanks while I have the other four being their own platoon.

Lastly I did up five PSC Panzer IV's (dont know why I have only three in the picture) in a two tone camo scheme, these got paint, decals and weathering as well and were built six months ago.

So I completed 15 tanks with full paint and five more for decals and weathering for a grand total of 20 tanks in one weekend. By the way, this force is for some Kursk FoW games that Robert and I have been talking about for a few years which I am super excited about trying out.

So there you go, my tanks for Tanksgiving!

Hobby wise things have slowed down for me, been getting in a few games, but the ongoing issues in the world are starting to bother me and killing the joy for my hobby. I have left Twitter, its nothing but a cesspool of hate and negativity and Facebook is quickly moving up that same list. What this means is I may only be posting things here, but I have to get to not paying attention to the world.

Anyways two things happened this past week, one, I finally got these Yeti/Sasquatch's painted up that I had for over three years now, these are Reaper models amd I honestly don't know why I had them. But I decided to paint them up like Big Foots (or is that Big Feets?) and used them for Warlords of Erehwon. I used them as trolls with my orcs for now.

The other thing that happened this week was this little fella, may I introduce Coal!

Last week my wife rescued him from work, he is a tiny make 5 week old kitten that must have wondered off from his litter. My wife took him to the AZ humane society on Thursday and they had him for the weekend. We got the call to Foster/adopt him on Sunday and Monday we brought the little guy home. So all week I have been taking care of him and getting him acclimated to our three other cats. Good thing is two out of the three cats have taken him in and are being very motherly with him. He is currently sitting in my lap sleeping as I write this.

So there you go, a few little things I have done this week.