Not much been going on of late with all the holidays & family that have been in town and we are only half way through the holidays. I plan on trying to keep a once a week update going on my blog starting with the second week of January (1/4/09). So I have a few things already in the works just need to take a few pictures and get things rolling.

So Cursed Treasures will be quite until then (like it has for a few weeks anyway!) but will see 2009 with a ton of new things. Just to give you an idea of what I am planing, here are a few things that I will be doing on the old blog for 2009.

Building & painting an army from start to finish, much like I did with dwarf project. Some terrain "How to's" and Painting how to's as well. As well as battle reports & general thoughts about gaming. Also I will be covering Gathering in the Desert & Adepticon again this year.

So until then remember, "Dead men tell no Tales"

While going through some of my favorite blogs, I ran across a Rant by a fellow gamer & Blogger John over at Plastic Legions http://plasticlegions.blogspot.com/ To par phrase John, he has issues with the GW Circuit events that are not staying strict with painting. It would seem that most events per the post are allowing unpainted models to be entered in the events. This goes against any sort of GW Grand Tournament in the past which required you to have all painted models.

Now I took some time to take a look at the events & John was correct, most of them state that you do not have to have a fully painted army, but it is highly encouraged. Now most events are using the guidelines found on the IndyGT website http://www.indygt.com/ which is a great site and they encourage people to play regardless of what the paint or model type is made from, hence the Indy GT rules. They are not as strict as the GW GT rules, which is fine and you see a ton of cool looking models with these rules.

Now my Beef along with fellow Blogger John is the paint part. I admit it, I am a paint snob! I like seeing painted models on the tabletop. I have been know to play with unpainted models at my house while trying out a new army. But if I go out in public to play, you will see painted armies from me on the table. Also if I was playing in a tournament that had loose rules for paint, I will still show up with painted stuff. Take for example my good friend Dean who organized a Lord of the Rings primer event this past November. Since it was a primer event, he kept the rules for painting very lax. The purpose was for folks to try out armies for the Gathering in the Desert event in February 2009. I spent the week before hand painting up a 350 point army and had it ready to go with two days to spare. Which I then built a display board for the army (Actually two boards were built. But all but one guy had fully painted armies at the event, so there must be a few people that think like me.

Now I am not saying that all the events should be the same, but my feeling is if this is a Grand Tournament than shouldn't the armies on the table look Grand? GW is moving towards more folks like myself running large events. Now if GW is allowing us to run these events in lue of them running GT's, than shouldn't we as organizers follow some of the guidelines that GW used to adhere too? Don't get me wrong, I am not saying that we need to run all the events just like the last or next one, but shouldn't painting be the same on all of the events? Painting is part of the Hobby of GW, heck most people have at least one or two bottles of GW paint on their paint tables.

I look at painting like a steak, when its raw, it is not very appetising looking, but once its cooked and plated up it looks astounding and you can't wait to eat it! Painted armies are the same way when I look at them. When I see someone playing with an unpainted army, it does nothing for me, but when I see a fully painted army, when I know the person put a ton of work into painting it than it inspires me. Heck it even makes me want to rush out and start another project! So why would anyone want to show up to a Grand Tournament with unpainted stuff.

Another thing, my local guys that I game with are harsh, like I mentioned above, they will give me crap if I showed up with unpainted stuff. This is not a bad thing, in fact for me it spures me onto finishing a project or army. Because of this I have a couple of fully painted WAB armies (Vikings & Normans) 3 Lord of the Rings armies (Dwarfs, Easterlings, and Orcs that can be for any army) there is also about 200+ WW2 28mm figs that I have painted and 2 40k armies (Sisters of Battle & Imperial Guard) and throw in a few other models (Pirates, Old West, Near Future, Pulp) you get the picture. All of these were do to wanting to play with my buddies with my own painted stuff.

So after a longish rant, there you go, I am a Paint snob and as long as I am running events than there will be a painting requirement...
Posted by Tim Kulinski at 2:22 PM 7 comments:

A Year in Review

Okay,
I know that the year is not over yet, but I thought I would review just what I did this year, so here goes.The big thing in 2008 was Legends of the high Seas finally coming out from Warhammer Historical. After a lot of hard work the book landed in my hands on January 16th. It was fun & stressful all at the same time. So I started the year as an author of a Pirate book.

This year also more Pulp action on the table and the paint bench. I am along with a friend still looking for a good set of rules and we may use the Legends & Lord of the Rings rules to create our own, we will see, but 2009 will still have Pulp on the radar. 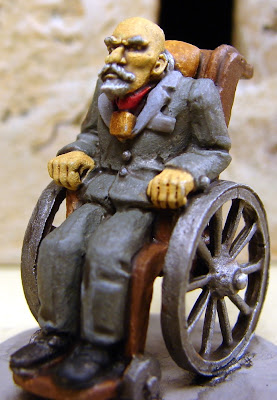 To go along with the Lord of the Rings theme I organized with a friend of mine an Independent Grand Tournament called Gathering in the Desert. We had 15 local players and one player traveling all the way from Florida, and he just happened to be the 2007 Tournament Circuit winner! I also was able to play tons of games with some of my friends to get them ready for the GT. I was able to play in a primer event for the next Gathering in the Desert in February 2009, I placed about the middle of the pack. 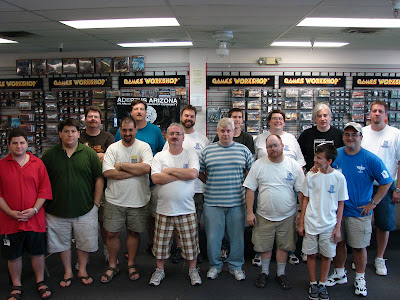 Another highlight was the trip to Adepticon in Chicago to run a few Demo games of Warhammer Ancient Battles (WAB), Legends of the High Seas and running of two WAB events. I will be going back to Adepticon in April 2009 to run the WAB events, a few Demos & a Legends of the High Seas multi player game. It was a blast and I met a ton of cool gamers and made some life time friends. I also attended GW's Games Days 2008 in Los Angeles as a Kommando running LotR Demo games, a fun but busy day! 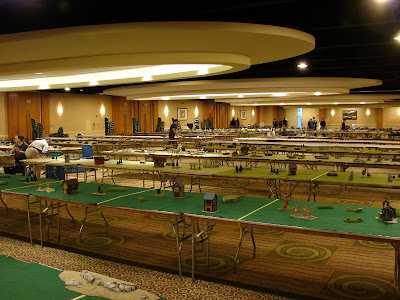 I also did another paint for trade with another friend in painting 120 WW2 28mm Russians and 9 1/48 scale tanks. For myself I painted up about a dozen 28mm WW2 Germans, about 5 1/48 scale tanks. WW2 is an area that I am very interested in and I have been working with another friend to develop a set of WW2 rules using 40K & LotR together. This will be another area that I will be working on in 2009. 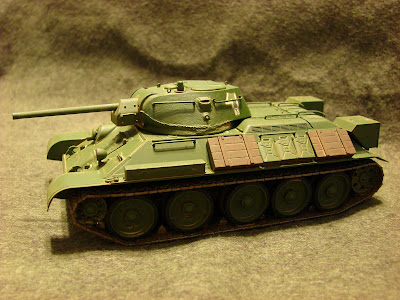 I have also been busy working on terrain for gaming, from painting up the 3 sets of GW "Creepy" trees and GWs new Hills, to building a Seeing Seat from the Fellowship of the Rings movie for LotR. I also constructed a 4'x4' board for a demo game of LotHS that can be used for Pulp games. I also constructed a Strip mall out of Masonite for a friend to match one I did about a year ago. 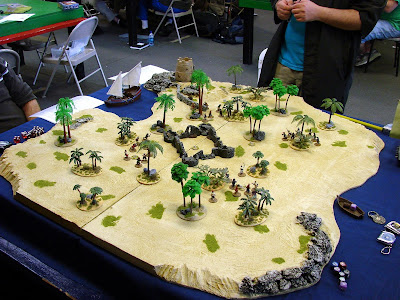 I know I have forgotten something, but these have been the highlights and I will be busy in 2009 with Gathering in the Desert, Adepticon, and a WW2 project based on Villers Bocage, so stay tuned!
TK
Posted by Tim Kulinski at 7:47 PM 1 comment: