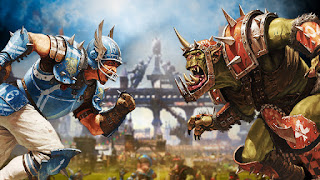 It seems that Games Workshop is going to re-release Blood Bowl in the fall and I feel like a kid waiting for Christmas morning to arrive! I am totally stoked about this, Blood Bowl was one of the first GW games I picked up and I have a love for the game that I can't really describe. I love the game, I hate the game and whenever I find people selling teams or models I pick them up!

The rumor's have been floating around for years that GW would re-do the game, but word is getting out that the rules are pretty much going to be the same that folks are currently playing now. (Yes there are still people playing Blood Bowl at big events).

So here are a few pictures I grabbed off of Twitter this morning showing all the cool models coming out! 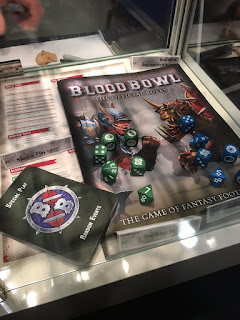 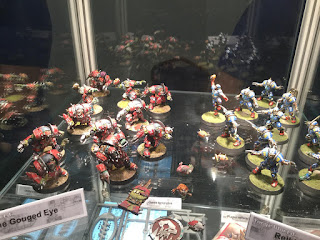 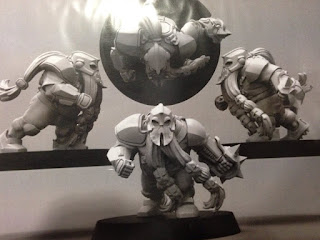 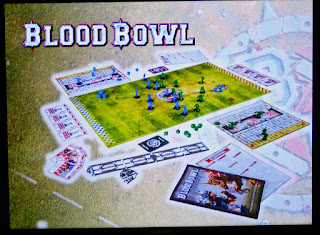 ﻿
The new models look amazing and the fact that they have announced that they will be in plastic is great news! One source from Twitter mentioned that Humans, Orcs, Elves, Dwarves and Skaven will be the first releases in plastic. Star Players will be in resin more than likely released through Forge World. And if sales go well, there will be a second season release with even more models. The future looks bright for BB fans.
So I know I will be giving more money to GW in the fall, time to start saving my pennies for all the cool new BB stuff that will be coming out. Hmm now I need to make a Buccaneer team for Blood Bowl, hmmm...
TK ﻿
Posted by Tim Kulinski at 9:47 AM 3 comments:

Legends of the High Seas turns 10! 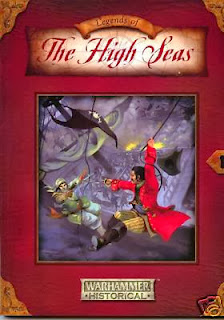 So I figured with the game being ten, I should give some background on how it came to be and where it is going. So take a seat and listen to this salty tale of pirates and plunder.

Well as a few readers know and a few folks that have the book, it all started with a the First Pirates of the Caribbean movie, but the allure of pirates started further back with me. Living in Southern California for most of my young life, I would make frequent trips to Disneyland with my family. Pirates of the Caribbean was & still is one of my favorite rides in the park. Ironically when I worked at Disneyland, I was never trained on Pirates, learned just about every other ride on the west side of the park, but never Pirates. 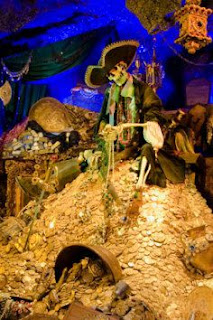 When I moved to Phoenix Arizona back in 1999, I joined up with my current group of gaming buddies and started doing historical gaming. One buddy of mine, Tom of Ponatowski's Legions ran a big Pirate game using rules that the group had created. It was a huge multi player game with all kinds of pirate drama going on, I loved those games.

Then in 2001, Games Workshop released Lord of the Rings Strategy Battle game. Many in our gaming group, including myself got into this game. But as I played it, I thought this would make an awesome Pirate or Samurai game. Also at this time our game group had Warhammer Ancient Battles in heavy rotation and my buddy Tom had connections with Rob Broom of Warhammer Historical.

I can't remember when Mark Lathams Legends of the Old West came out, but once I saw what he did I was blown away and thought GW had some sort Servo Skull following me around stealing my ideas for adapting the LotR game for historical uses.

Then June 2003 and the first Pirates of the Caribbean movie came out, after walking out of the theater with my wife and son, I knew I had to do something with pirates. I went home that day and started thinking of how to write a set of rules for pirates.

Flash forward to early 2005 and I finally had gotten a rough draft of Pirate rules done. In fact all these were was the Lord of the Rings appendix break down in the back of the Lord of the Rings SBG fellowship book. At this point, Tom and I got in a game of pirates using the LotR rules. Tom mentioned he was in direct contact with Rob Broom and that he was looking for authors to expand the Historical line out from WAB. So after a few brief emails back and fourth, Rob Broom asked me for a proposal on writing LotHS. I then waited. I finally got word in 2006 that I was given the contract to write the game, but I had to have it ready in about 6 months to write it. Luckily I had started with basic writing before then, so I had a jump start thanks to Tom prodding me about writing. 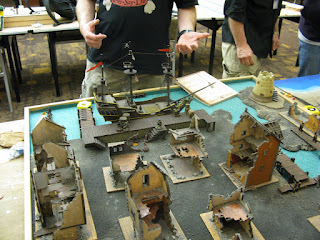 From that point onto 2008, I was writing and play testing the game with a small world wide group of salty dogs. Also during that time, I was put into contact with many game companies that produced pirate models off of some of the stats and crew types. Black Cat Figures, Black Scorpion Miniatures, Crusader Miniatures were just a few folks that did figures for the game. I was in nerd heaven having some of my favorite companies talking to me about sculpts for the game. Many other companies also sculpted up new pirate figures to be used for the game as well.

In late 2009, early 2010 I started working on a follow up book to LotHS and the working title was going to be called Shipwrecked. It was going to add in a few more crews, Spanish, Dutch as well as some other types. Would have more scenarios as well as more campaign elements. But that's when Warhammer historical started having internal troubles. I was told that there would be no other books for LotHS and that this could be the end of Warhammer Historical. Well the end did finally come when GW pulled the plug on Warhammer Historical. I can't go into the issues, but I was well aware of what was going on and was told to keep it hush about it.

Now many folks have asked about why I didn't just put out the new stuff I had written for Shipwreck on my own. Well there were two main reasons, first, the computer I had written it on had a melt down and I was not able to get the files recovered from it. Secondly and more importantly, I was done with thinking about and writing about pirates! I wanted to move onto other hobby projects and after the let down of not getting a second book, I was just done with that chapter of my life. You see writing a book and getting it published was a bucket list thing for me, so I can cross that off the list. 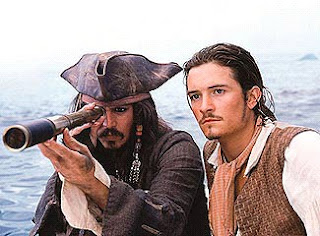 So what now of Legends of the High Seas? Well I wish I could say that GW is going to put it back into production, but alas that is not the case. But what I have been thinking about is starting to re-write Shipwreck and make it available here on the Ole Cursed Treasures blog. Why the sudden shift you might ask? Well that's a good question that I had to ask myself. While out with a Robert, Jeeping in the desert, Robert asked me, "So, what do you want to do hobby wise?" Well I after spending a few days to think on it, I want to play pirates with my rules! (as well as a few other games).

So my plan is to start writing up a few lists, working on a few Pirate models and finally getting around to building me a proper Caribbean town to play said pirate games on. I want to get back to having fun with my friends and possibly dragging a few of them back into pirate gaming. I think enough time has passed for this old salty dog to head back to sea with the other bilge rats!

So last night, I painted up a few X marks the spot tokens as well as pulled out all my pirates from there little container homes. It seems I still have a ton of Pirates that need paint! So stay tuned folks, there will be more LotHS content coming along. now I must get back to digging out all my pirate booty and press ganging a few fellow gamers back into the Pirate Kings services!