Pulp Game on the Horizon

For some time now I have been planning a Pulp Egyptian Mummy game, and finally after about 4 years of working on it, I am about to unleash the first game. I am using LotR/Legends as the base for the rules. I have looked at many rules but always come back to the LotR/Legends rules, maybe it is because I am so familiar with them.

So here are a few pictures of some of the intrepid adventures, all are West Wind figures from the Gothic Horror line. 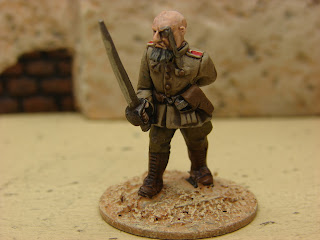 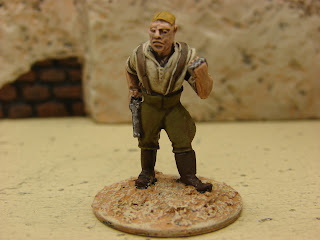 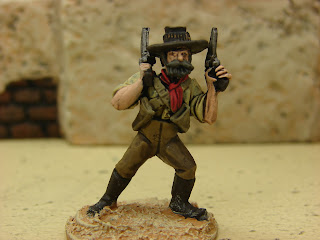 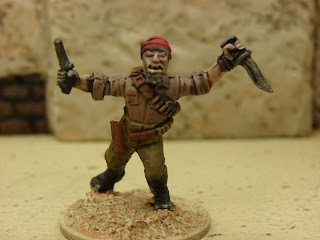 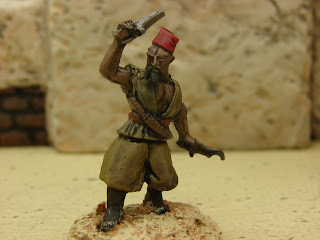 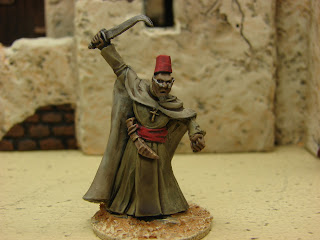 Besides the adventurers, I have a few surprises for the characters, like these deadly Asps, very deadly! These are old GW snakes from the Lizard man line, I do not think you can get these now. 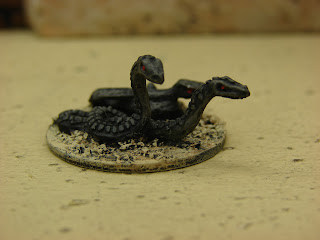 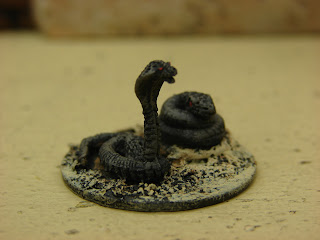 In order to spring my surprises, I need some containers. I looked but could not find anything that looked "right", so I decided to make a few out of beads. These are from the local Wally Mart and all I did was make a few container tops out of green stuff. Here are the results, I think they came out rather well. 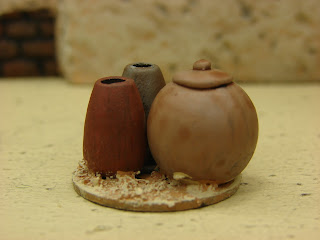 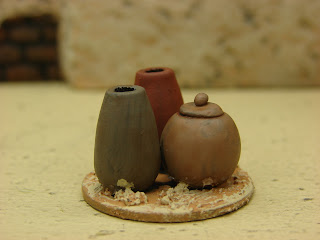 One last thing was this Genie, I have had this model for a long time, it is an old Ral Partha AD&D figure. I figured that I would use him sometime in some game, just did not know it would take almost 20 years! 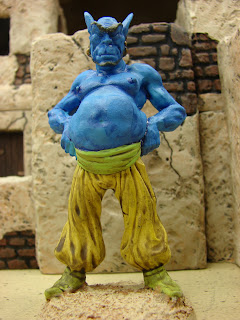 Just to give you scale on this guy, here is a picture with a standard 28mm figure in front of him. I really like how this picture came out, it fits the theme of Pulp too me. 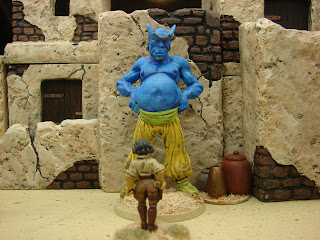 Anyway I will be posting up pictures of the game from this coming weekend as well as some of the rules that I came up with.