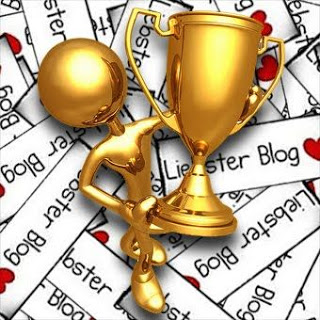 It seems that I have won an award, yes that's right Cursed Treasures fans, we have won the coveted Liebster Award! It seems that a few friends from the Blog sphere have nominated my little space on the old Internet! The basic concept of the award is to recognise fellow bloggers that have less than 200 followers, it also is just a nice way to recognise folks for their blogs.

So first up thanks to the following friends and bloggers:

John over at Plastic Legions, next up Aaron over at Dulce et Decorum Est and Mike at Da Green Skins

Now before my Nominations, the criteria for the award:

1. Copy and paste the award on your blog linking it to the blogger who has given it you.
2. Pass the award to your top 5 favourite blogs with less than 200 followers by leaving a comment on one of their posts to notify them that they have won the award and listing them on your own blog.
3. Sit back and bask in the warm fuzzy feeling that comes with knowing you have made someones day!
4. There is no obligation to pass this onto someone else but its nice if you take the time to do so.

Now my nominations in no particular order: 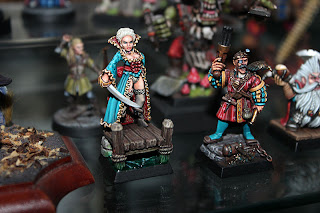 I have been following this talented painter for some time now, Robs work just blows me away as you can see from the above picture from his blog. Rob is all over the hobby map, very much like myself and he is a guy that I would love to play against.
Jerry's Big Picture 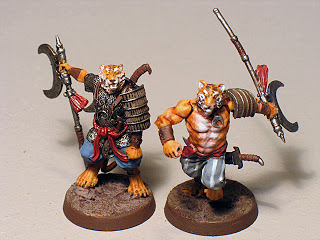 Jerry is a local gamer and a good friend, besides being a great painter, he is also an author like myself. He self published his book Fates Needle and can be purchased on Amazon. Jerry is an avid miniature gamer and in the last few years he has started to throw the GW shackles off and has branched out to other games. 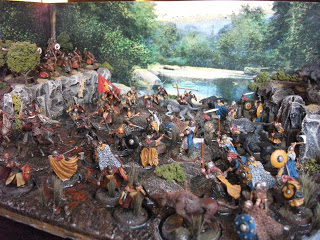 Jeremy Williams, what can I say about this kid??? Well for starters, he is an awesome chef! I met Jeremy a few moons ago while out at Adepticon, than Jeremy came out to Gathering in the Desert. What caught my eye was his converting and painting of LotR figures. He is a great guy to play against and a all around great guy to just hang out with. 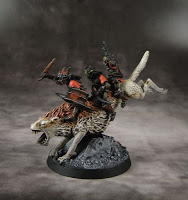 This blog is run by Wojtek as well as another guy. Wojtek does an amazing job with painting LotR figures and is always worth a look for inspiration. I think one reason I like this guy is that he is Polish, like myself (although 4 times removed). 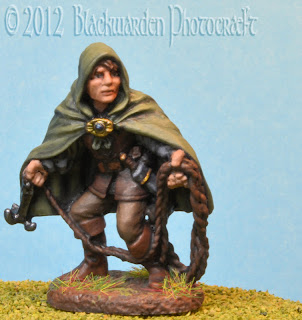 I found Scott's blog about a year or so ago and I check in every time I am online. Scott does some amazing work and is pretty focused on fantasy miniatures right now. He is also working on some LotHS stuff and I have to say I approve of his choice in costumes for Halloween.

So there you go, I am passing on the award to a few talented bloggers who would love for you to stop on by...

The Hobbit - An Unexpected Price Hike!!! 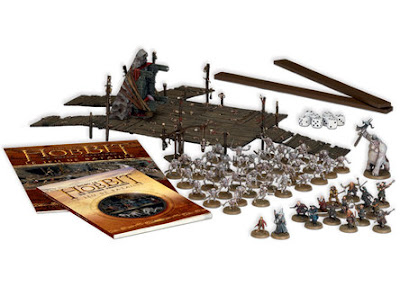 Like many on the Internet I have been waiting for the Hobbit game from GW. I have seen and heard the rumors and have been holding my breath as to how much GW was going to charge. Well the wait is over and OMG, I just about fell out of my chair!

Come on GW, what the hell are you thinking???? I saw the Ultimate bundle deal on their site was a staggering $745.00!!!! What the hell???? Really, you think this will get folks to play a game you have run into the ground? So after seeing that and crossing that off my list, I took a look at the rulebook, thinking if anything, I would buy that. But what is that price? $85.00 Frickin dollars!

ONCE AGAIN, WHAT THE HELL ARE YOU THINKING GAMES WORKSHOP????

I'm sorry, but GW has jumped the shark on this and they are never going to get the sales like they did during the Lord of the Rings movie years. With the economy still in the tank here in the states, I just do not see this stuff being your financial win fall like before.

So where does this leave me, well I will tell you, I am heading back into Historical gaming! Warlord Games has a bunch of games that I am interested in (Bolt Action, Black Powder) and I can see my hobby money going to Warlord and even Mantic (Dreadball). Hell for the price of the Hobbit Rulebook, I can buy a ton of Perry Miniature Plastics or Victrix Models or even Warlord miniatures.

So, I am sorry GW, but I will not be getting my hobby money anymore. This was the last straw, you have finally sent me packing, I am sure Warlord Miniatures will appreciate my money more than you!!!