Well Last week I finished the Tech Priest, today I bring you his band of merry Servitors & Servo Skulls. Since Rob and I are getting ready for some Inquisitor games I decided to paint these guys up. Now that this group is done and I see pictures of it together, perhaps I will run this as my Inquisitor band but for the Adeptus Mechanicus, we will see. 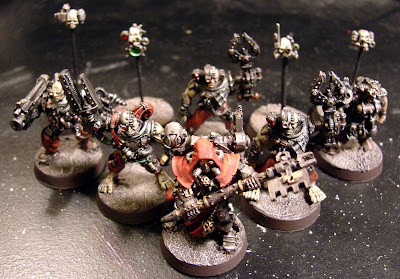 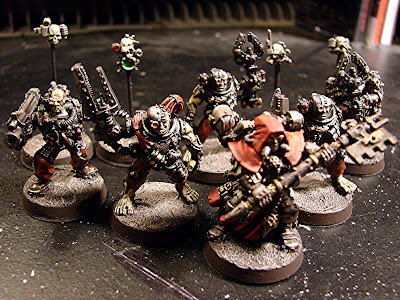 Here is a shot of the Combat Servitors, sadly I have two duplicate figures and I did not want to do any conversion work, so they are just stock figures. 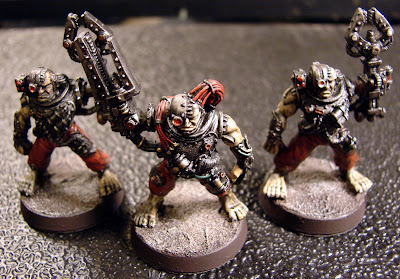 Next up are the Gun Sevitors, I decided I liked the Heavy Bolters and kept these guys stock as well. 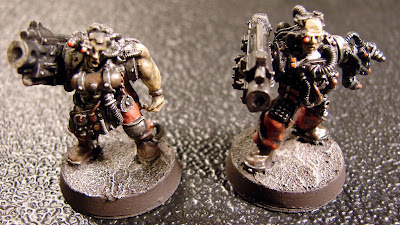 Next up are a few Servo-Skulls which three are stock, but the back left one is converted from bits. I will use these guys with my Inquisitor in my With Hunter army. 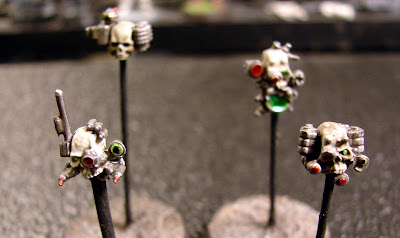 Now the next few pictures are not for the Inquisitor game, but I thought I would paint these up as I was going. The first piece is the Beacon from the old Battle for Macragge Set. I never got that set, but was able to get the remain pieces from a friend of mine. 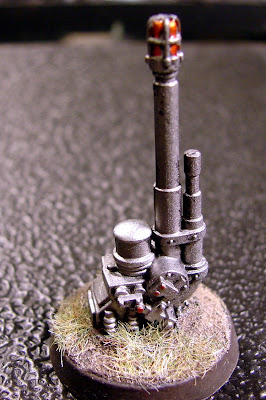 I also got the Fence posts from John as well as a few Bug bits. John had based a few of the posts on None GW rounds and since I had a few lying around I based them to match. These will come in handy in a few Inquisitor games. 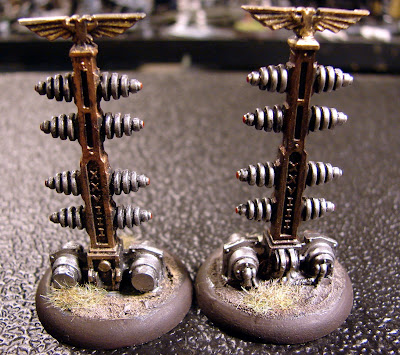 Here is a group shot of all the posts & the Beacon.

And the final shot is of all the guys and terrain together, I really like how it all turned out. 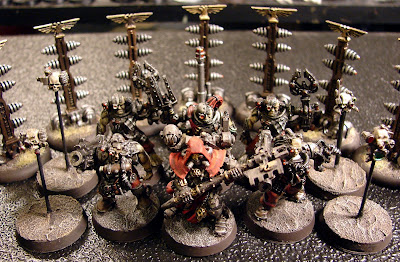 Next update will be about something different from 40K & not something I have posted before, so stay tuned...
TK
Posted by Tim Kulinski at 11:06 AM