To get ready for our little Ragnarok Game day here in Phoenix on May 23rd, I decided to bust out and build a new army for Saga. I have been picking up a few Gripping Beast Plastic Saxon Thegans and Dark Age warriors box sets over the last month and decided that I needed to get started on this project. So about two weeks ago I started assembling the warriors.

First off I have to say the Gripping Beast plastic kits are awesome, and with two boxes of Thegns and one dark age warrior box I was able to assemble this whole army with only one metal model. I first started working on a two Hearthguard units of Ealdormen. I gave them all swords and did some extra highlights and brighter colors since these guys are the Warlords personal bodyguards.

I also tried a more stark high lighting with a two tone look on the shields. I wanted them to pop a little more than the rest of the army and I think they do. At first I did not like the high def colors, but it works on these models.

Next up are the warriors or Ceorls, now these pictures are the work in progress shot. The shields and extra highlights have not been done, but wanted to show the more subtle color compared to the hearthguard.


Since Saxons have a special rule about levies getting better armor, I decided to do two units of Geburs armed with spear and shields. These guys are still waiting to get painted, but as of the time I am writing this they all have been primed black.

Last but not least is the Warlord, which is the Alfred the Great Model (and only metal figure in the whole army). As of the time of the picture, I was going to mount the standard bearer with him, but it doesn't look quite right. So I may just mount him by himself. 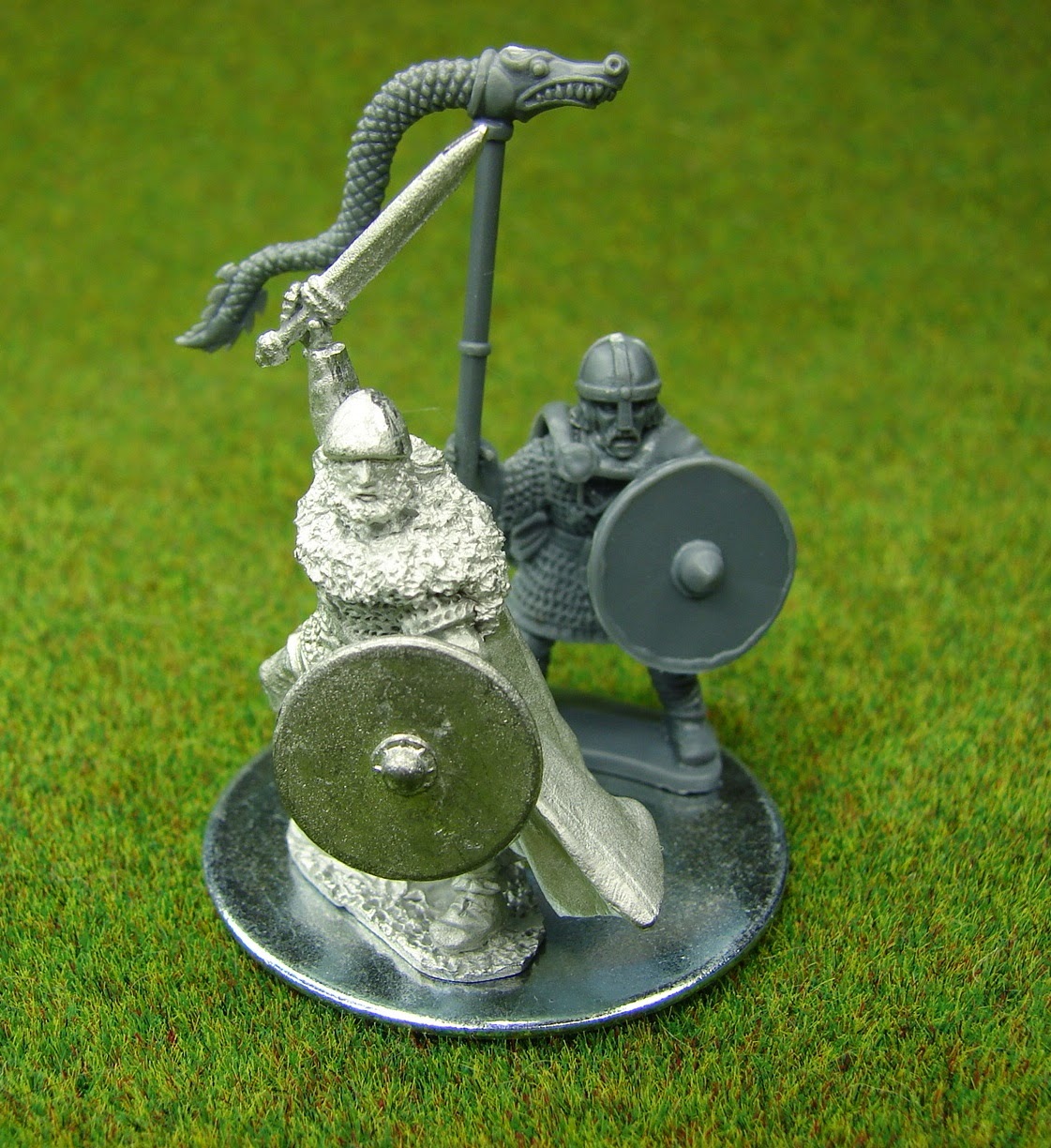 So there you have it, a quick little Saga update, will post more as the army progress'. I am really looking forward to the event next month.

Saga in the House

I am still alive, been busy with paint commissions work since I have been back from Adepticon. One thing that has inspired me is to doa little "Non" event for Saga. So here are the details of our little event. 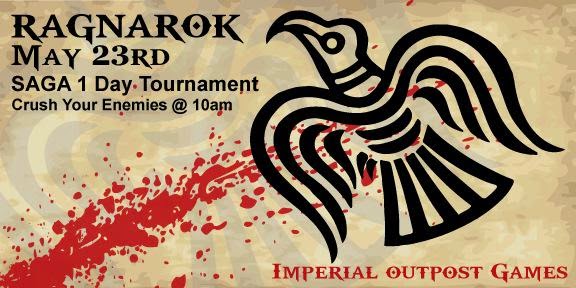 Gathering in the Desert Presents Ragnarok, a Saga Tournament

GitD presents Ragnarok a one day, three round Saga tournament. Bring out your 6 point Saga army and test your skill with other local Saga players. This is the first Saga tournament for Phoenix AZ and it is our chance to grow the community. So if you feel you have what it takes, bring your Warlord and his retinue and claim Odins favor! So if your in the Phoenix area and you play Saga come on out. Also if you don't play but are interested come on down  and see what the game is all about!

Now going along with the Saga theme, I finally got around to posting pictures of the Saga game I played with Drunken Samurai before I left for Adepticon. Drunken brought out his Normans and I busted out my Vikings. The funny thing is that both of these "Saga" forces are from our old WAB armies. Drunken thinks that it's been about ten years since his Normans were on the table! These two forces clashed many times against each other in WAB.

We played two games that day and if memory is correct we split the games with one win and one loss each. It was an awesome day of pushing models around and it was good to see both these forces back on the table. Saga is a great little game and I am already building a Anglo Saxon army out of all plastic Gripping Beast plastics. So your going to see more Saga action on the old blog. In fact this Saturday I'm getting together with Mike from DaGreenskins blog to build some awesome 4Ground dark age buildings. It seems that we are all back to dark age gaming. Now here are the pictures from the game. Oh and this is my first post using my I Pad and for some reason I can't scroll down past the images. 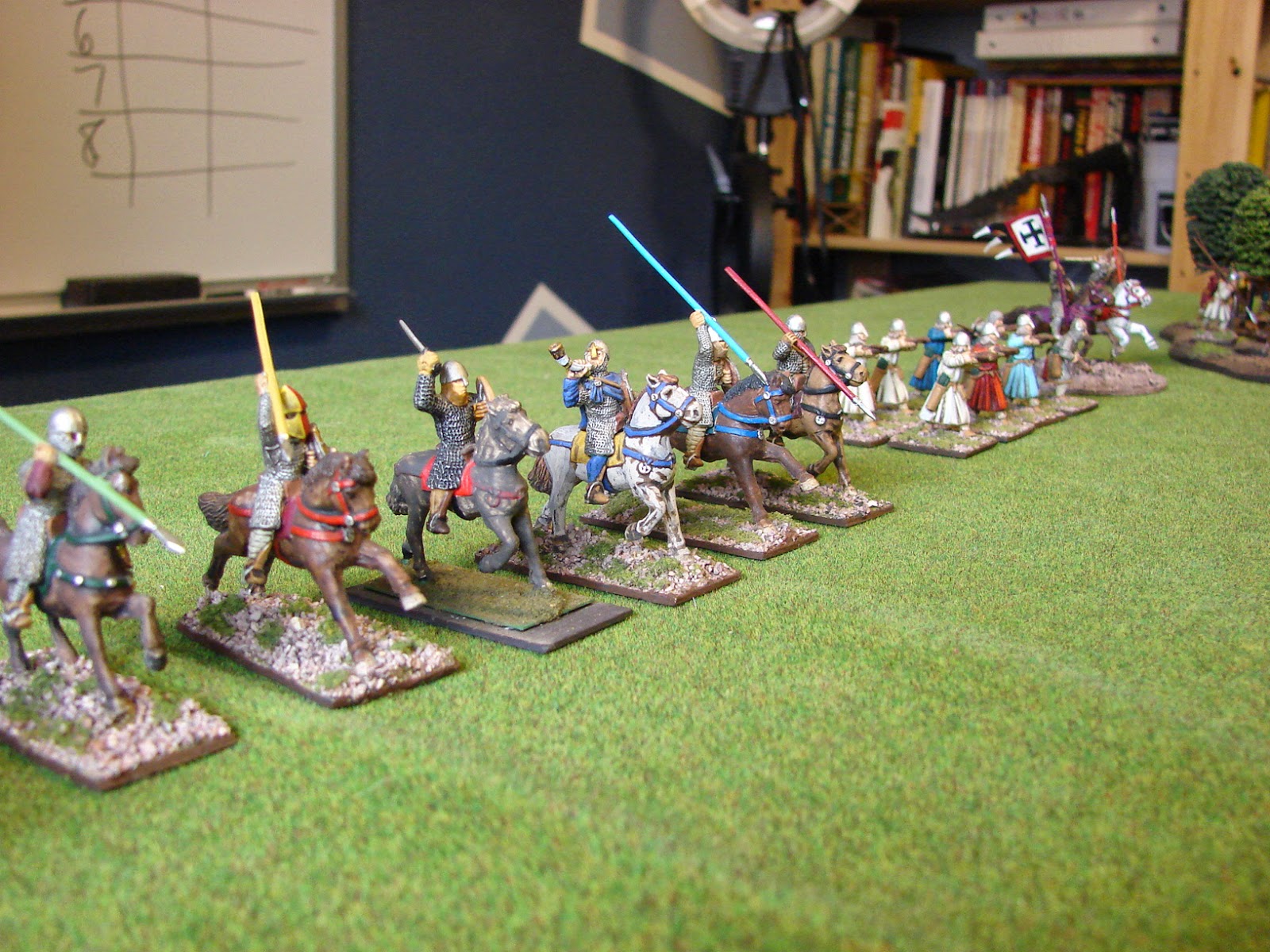 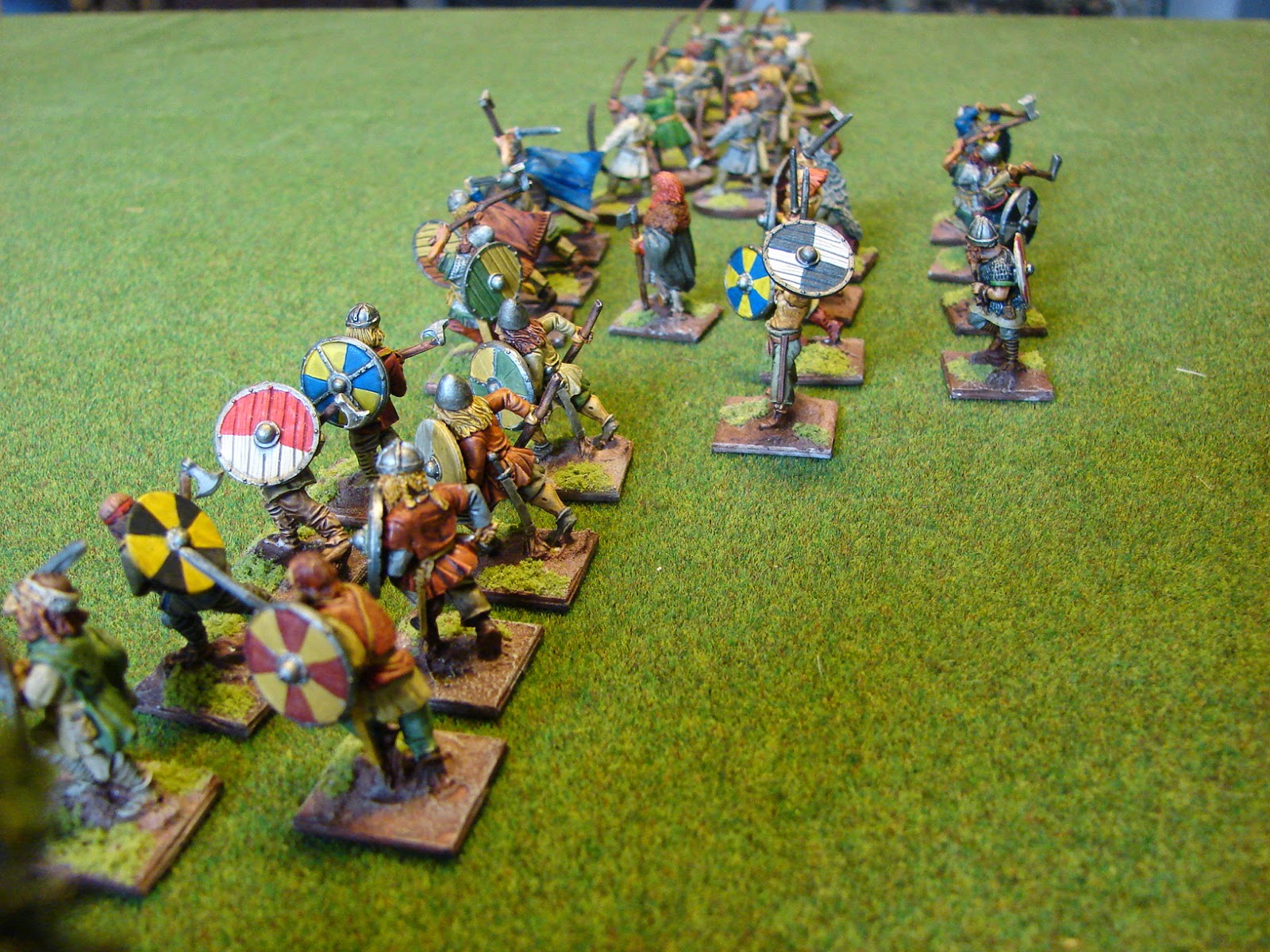 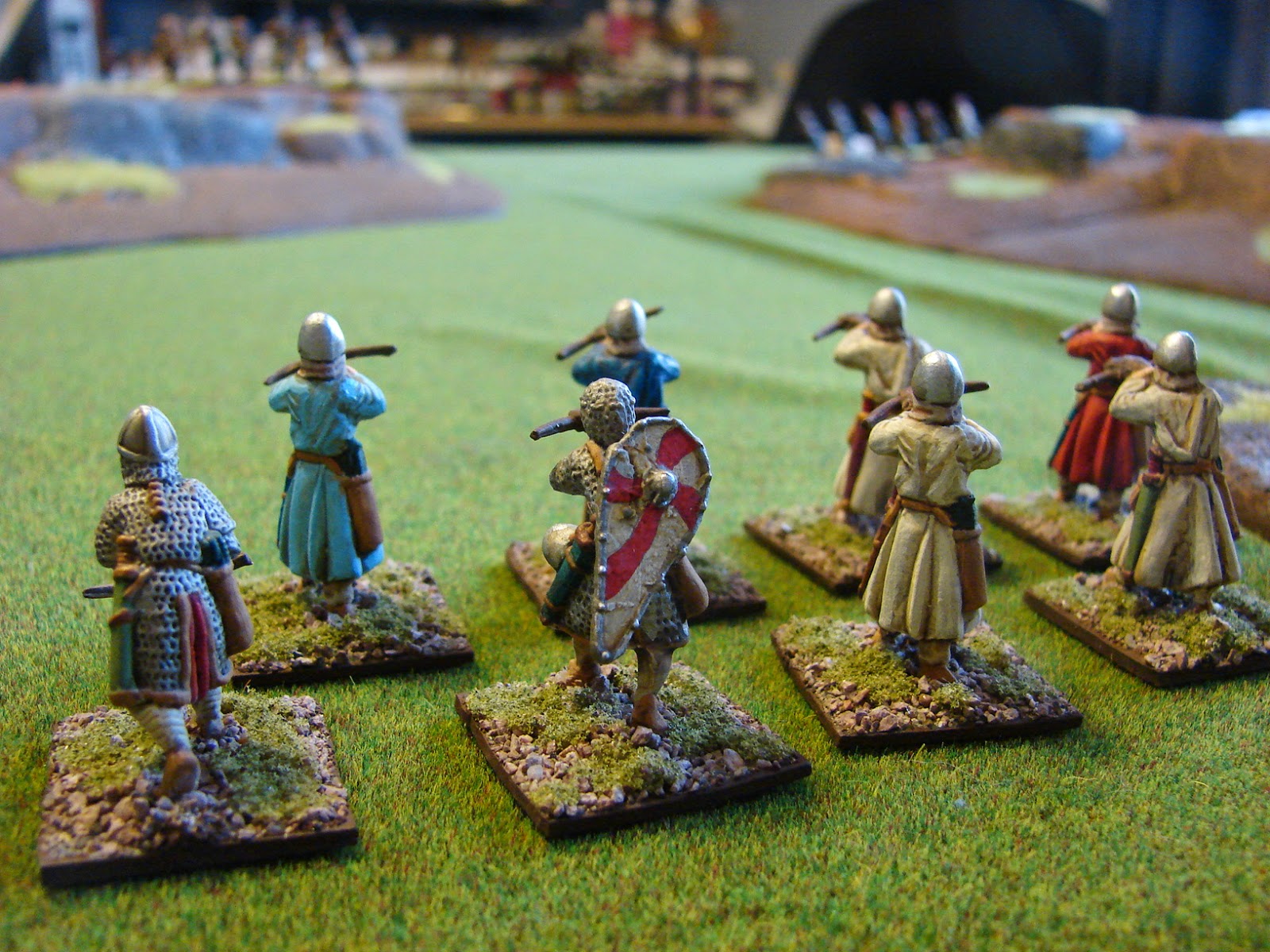 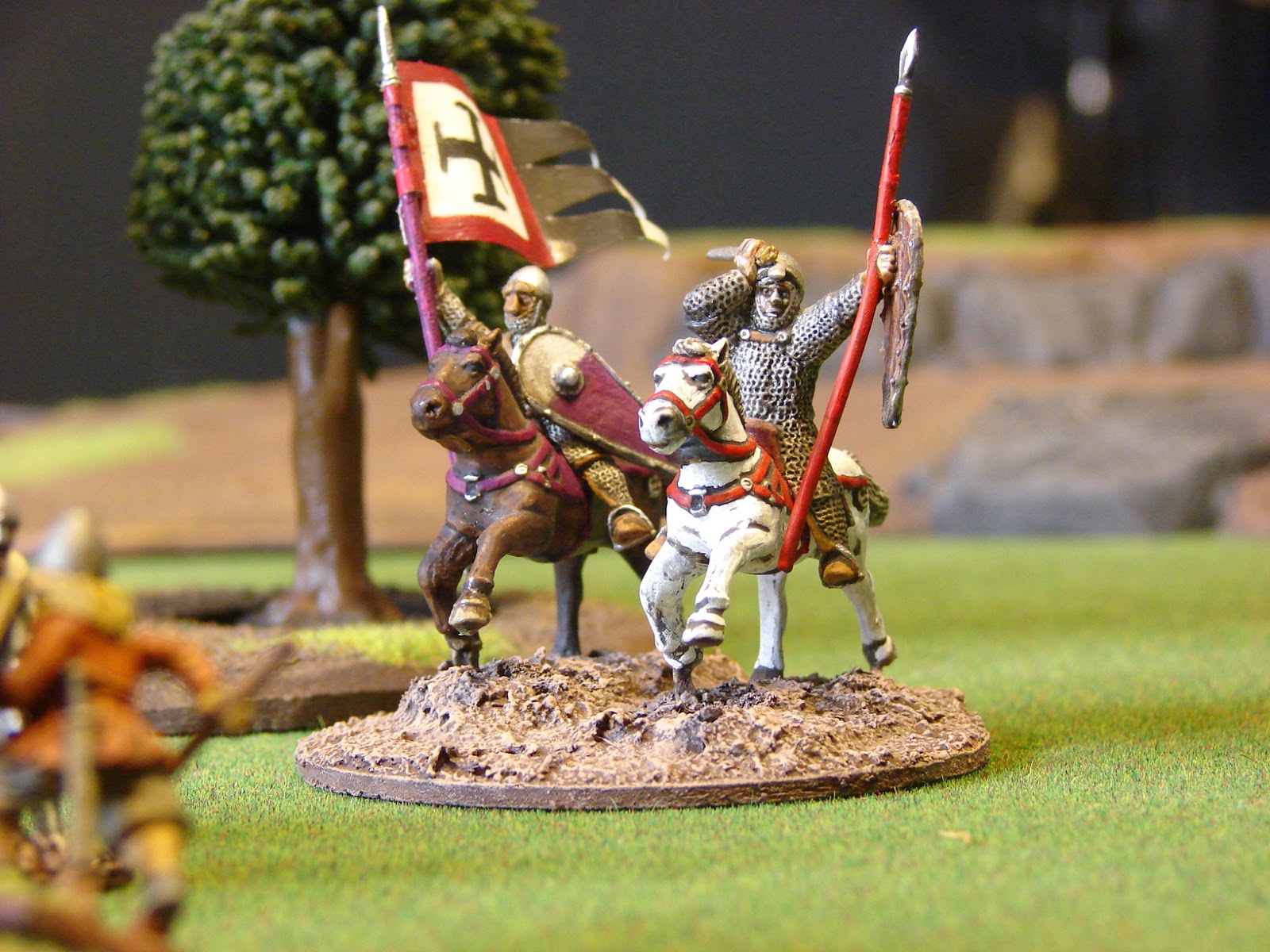 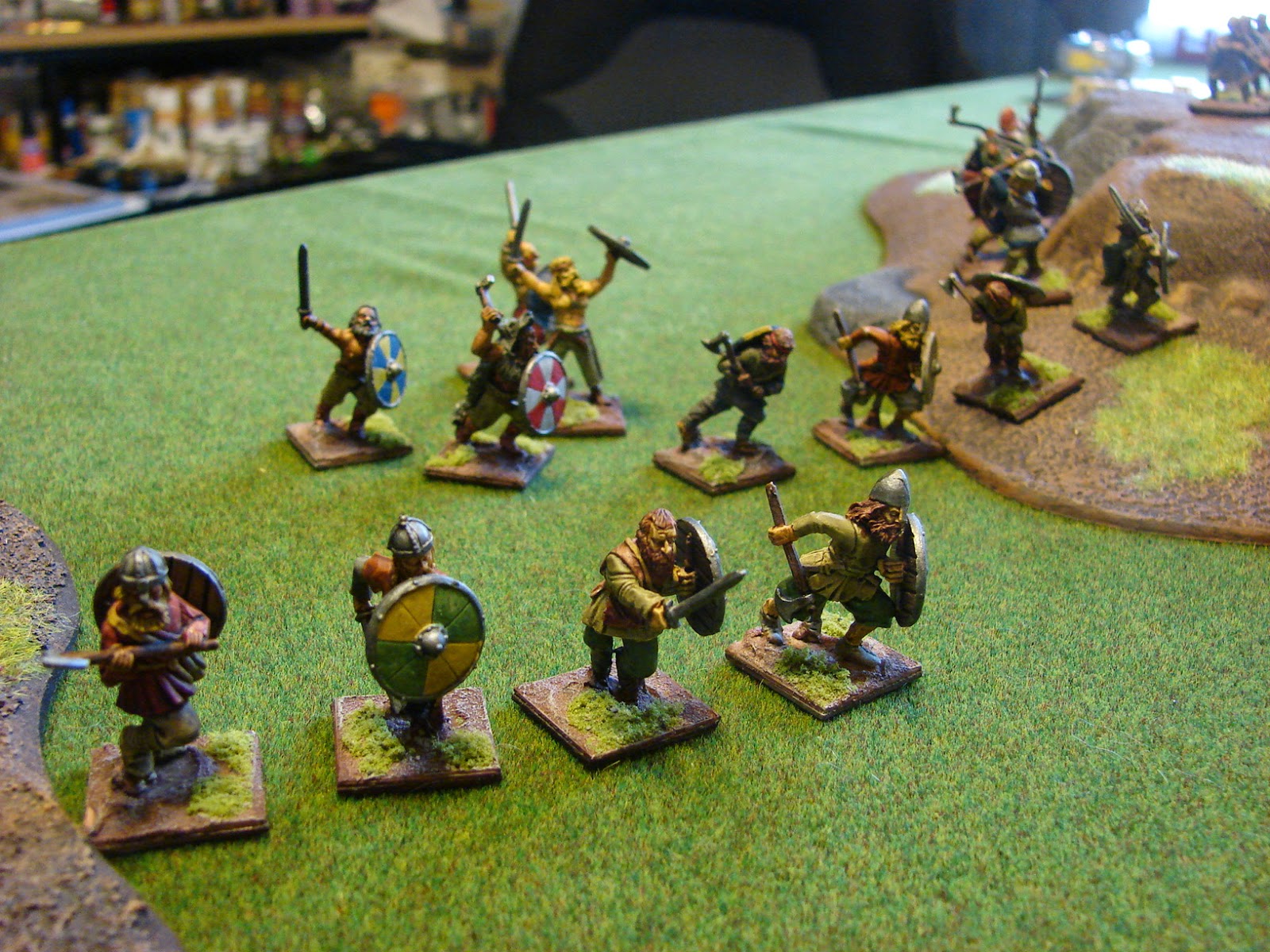 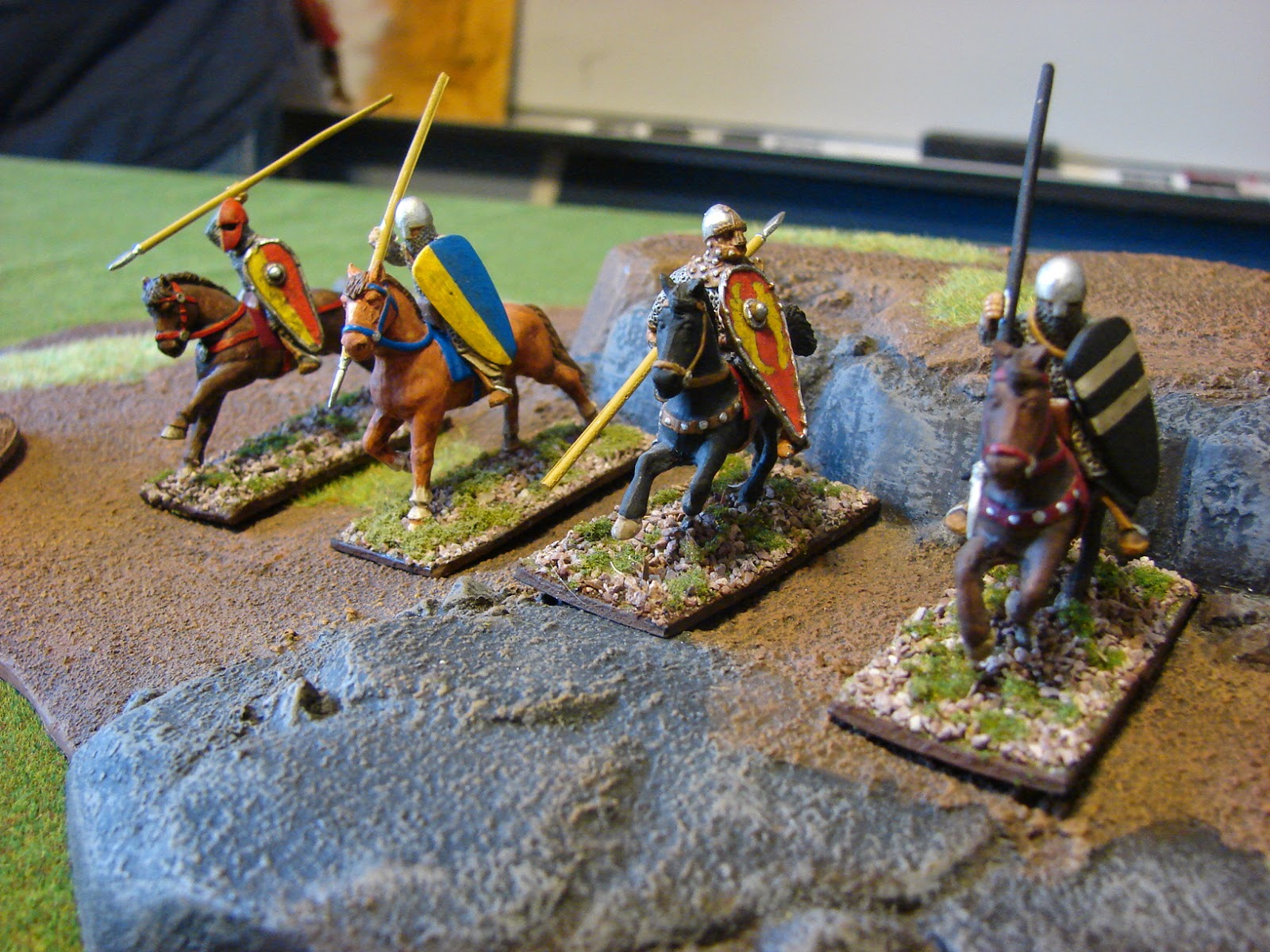 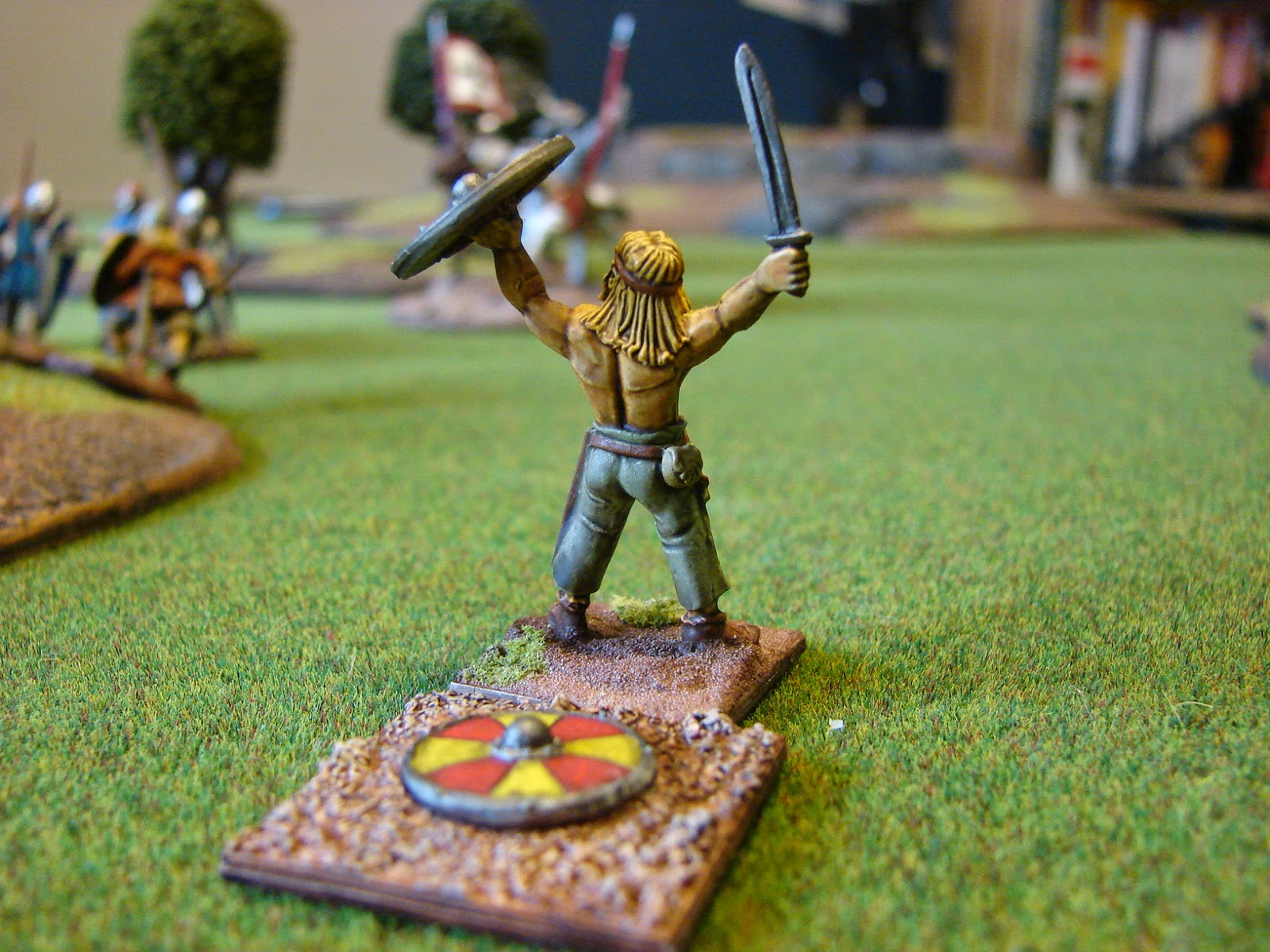