State of Lord of the Rings Game in Phoenix

If you have not guessed yet I have been a bit busy this month, hence the lack of posts. 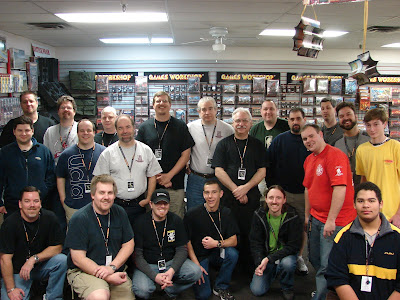 As readers of this blog know, I am a big fan and champion of this game and have been running this GT for the last 4 years. Wow, 4 years now and I am pleased to announce that Gathering in the Desert will be back next year in 2012. 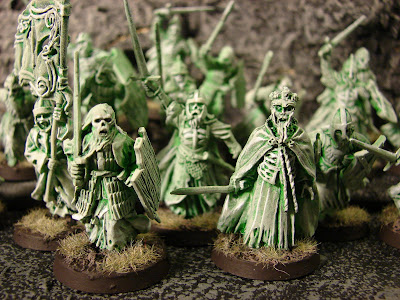 So I was wondering why is that? Maybe it is because LotR is such a small part of the GW family. I know that most folks either play Warhammer Fantasy Battle or Warhammer 40K but it has been hard to find LotR players here in the valley. This year at GitD, we had a equal split of players being local and from out of state. It seems that Phoenix is not much different from other parts of the country in the fact that there is not a lot of LotR players. That is why most folks travel all over the country to play LotR. I am hopefully that the Hobbit movies will breath a new breath of life into the LotR game, in fact Games Workshop signed a 6 year deal to produce miniatures for the game, which is a great sign for the game. 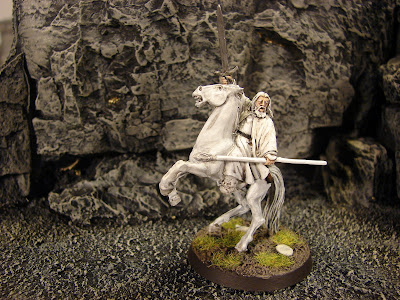 So with that being said, it is time for the LotRSBG community to start to stepping it up. If we want more players to play this awesome game, we need to get out there and start playing the game. I will admit that I have been bad at this. In fact I have not really done a very good job of promoting LotR SBG in Phoenix. My good buddy Drunkensamurai and I were talking about this just today. We need to do a better job at this and if I want to see LotR grow (as well as GitD) I need to do more. Hell I even did a post on this, but I have not really done anything except run a practice event as well as GitD.

Now I heard that there was a LotR league being run out of Empire Games, but sadly the person running it has lost interest in LotR. From what I have heard, there was something like 14 players in the league and most lived in the east side of the valley. So it seems that there are more LotR players here in the valley, it just means that someone needs to rally them all together.

So I guess that means I need to get off of my butt and start doing more things for LotR here in the valley. I have tried (and failed miserably) at running a map based campaign (don't remind me Howard!). I have also talked about doing something with the Battle Companies stuff that GW put out for LotR, but once again it was nothing but talk.

So where does this leave me? Well it means I need to step up and do more for the game I love. So my plan is to try to get something going like my buddy Keith is doing up in Colorado. He is running a quarterly series of mini one day events that will track the best player and eventually will crown one person as the Champion of the series. So I am planning to get this going within the next few weeks, with GitD being the one for the first quarter with three others happening throughout the year.

So there you have it, stay tuned for more info on the Phoenix LotR Championship...

Labels: Lord of the Rings

Khazad - Dum, 'the Dwarrowdelf or Mines of Moria, this is the second new board for Gathering in the Desert 2011. Here is an overall shot of the new board. 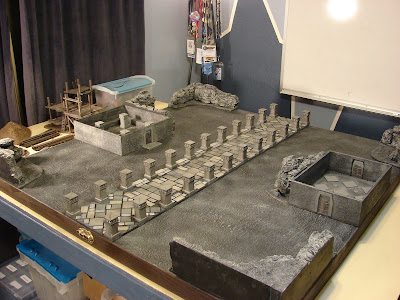 It may seem that the board is pretty open and lite on terrain, but it is rather a tough board to play on. First up is the main road that runs down the middle of the board. It has no few than 12 pillars running down each side of the road, giving you 24 total pillars. Were this may seem like a no big deal, if you try to get line of sight for shooting it starts to become a mess. Also would like to thank Mike from Da Green Skins blog for helping me lay all the tiles on the road and gluing down the pillars. 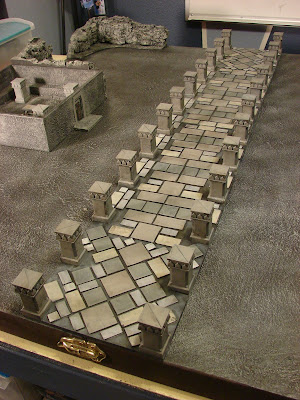 I also include this hallway that has dwarven doors on both ends of it, which once again creates either a great place to hide or chock points to defend. Nice things is that I it is removable and I can use it for other projects. 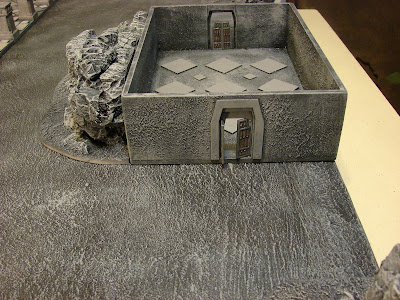 On the other side of the board is Balins Tomb, which I followed the plans loosely from the Fellowship of the Rings Journey book. The pillars have enough room for a single 25mm based figure to hid behind (from a troll perhaps?) as well as having a ledge that runs around the inside of the tomb. The only thing that is different came from Drunkensamurai, that there is no back door to get out. In the journey book there is a collapsed exit that you can leave from. But in the movie I swore that the Fellowship leaves from the main door! Anyway, this will make an interesting feature on the board with only one way in. Do you hold up and defend or pass it by, hmm the decisions. 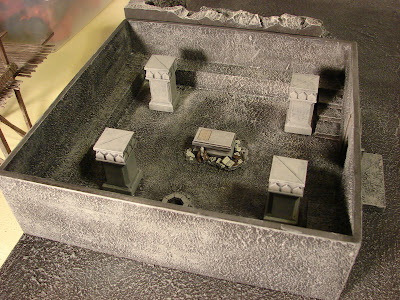 Also on the board are a few rock castings from a Woodland Scenic mold set that I have. Once again Mike from Da Green Skins stepped up to help me cast these bad boys. The are made with dental plaster castings and blue foam for the backing. Than they are mounted on Masonite and painted, so that means they have a pretty good weight to them. 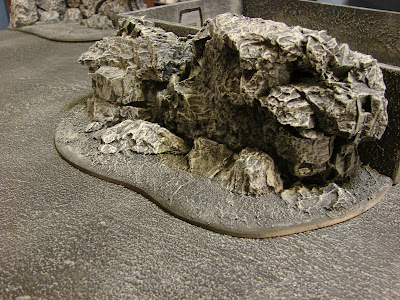 I also made them to go in he corners and the edge of the table. This was done to give the feeling of being in an underground environment like in the movie. 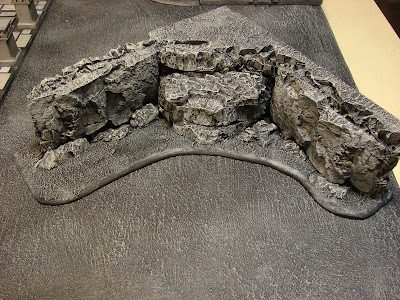 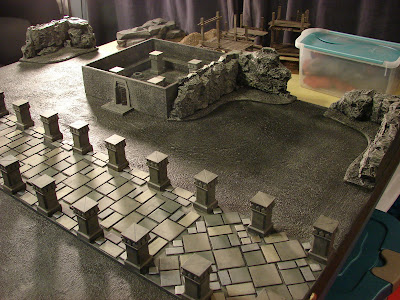 So there you have it, another board for GitD 2011, if you are in town, stop by to see these in person...