It has been a while since the last post and this is the first post for July. So here is some of Lonnie's Steel Legion that I am working on, below is a shot of the basic troops with each unit having a vox caster, Grenade launcher, and plasma gunner along with regular troops. There is enough for two companies of 35 men each. You will notice that the figures still have a gloss shine to them. This is because I still have not Dullcoated them yet. Also I need to add the basing as well. 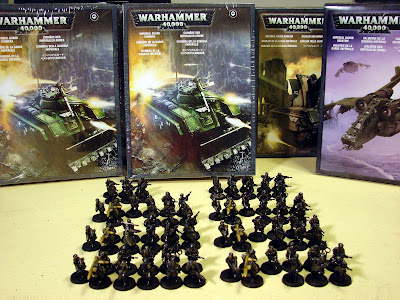 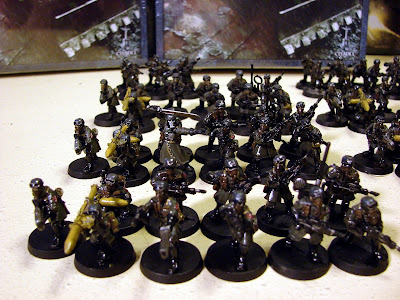 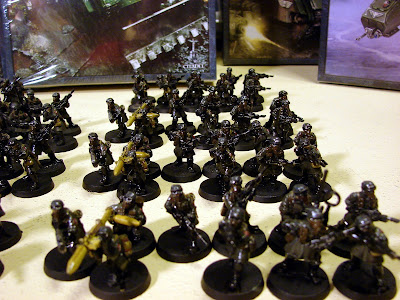 Besides the troops, I also have a few other items that Lonnie picked up last week, here is a Basilisk and Valkyrie along with Commissar Yarrick awaiting assembly and paint. 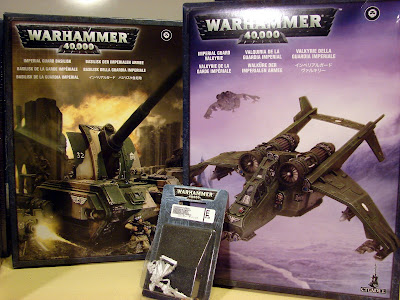 Lonnie also wanted to have a few transports for this army, so he bought 6 more Chimeras for the army, so besides the other two kits I also have these to assemble and paint. 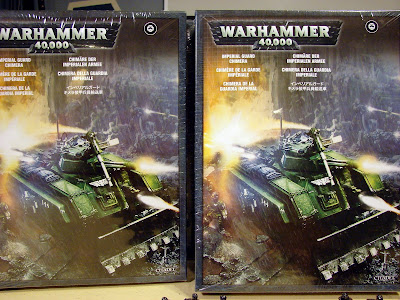 So whats left, well here it is, 20 stormtroopers, 3 Missile Launcher teams, 3 Heavy bolter teams and 5 Commissars. These I plan to have done in the next few days. 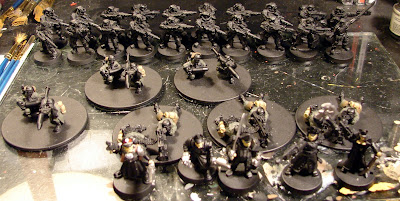 Also to go along with the added transports, there are two Leman Russ tanks, 1 Vanquisher, 1 Chimera & 3 Sentinels.These will be done in a German grey color. 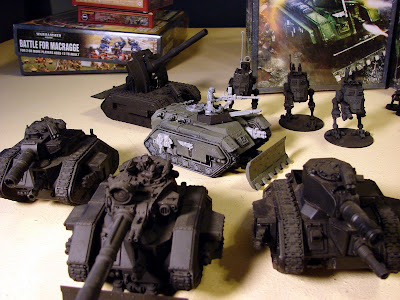 The Chimera started out as a Chaos vehicle, I had to take the chaos symbols off of it and add a few more Imperial items. You can see the additions in light grey plastic. 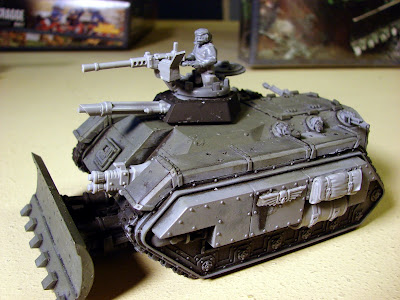 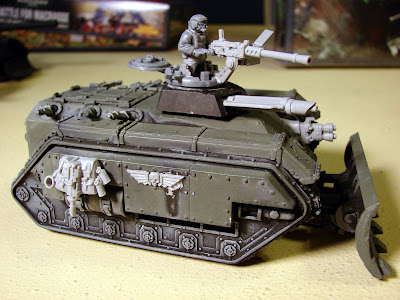 Also the Sentinel with the Autocannon needed some work, it was in pretty bad shape. I took the top off and re-mounted it so it was more flush, added a few grabs to try to hid the gaps and added an antenna aerial to the back. I guess this will be a command Sentinel now. 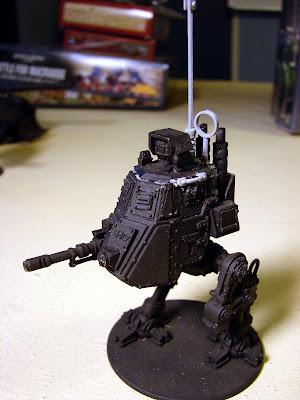 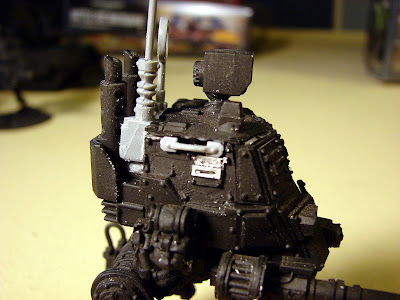 Also I dipped a few more sergeants as well as the Lascannon team, here they are sitting in the garage waiting to dry. Good thing about Phoenix in the summer is that in 45 minutes these will all be dry to the touch!

Also had to run to Micheal's to pick up two cans of Testors Dullcoate, I thought I had a full can out in the garage, but no dice.
Will post a few more photos in a few days....
TK
Posted by Tim Kulinski at 7:53 PM

You need to build some bases for those missle launcher teams - http://bucketofbitz.blogspot.com/2009/06/heavy-weapon-team-bases-step-by-step.html

Hmm thats a cool idea, perhaps I can try that. Thanks for the link...

Here are some more ideas for this project. http://www.dakkadakka.com/dakkaforum/posts/list/236631.page

The link dose not work, did it get cut off?