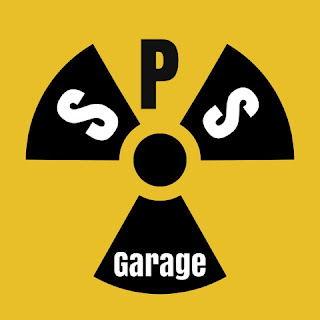 This past Friday night, my Buddy Mike from Dagreenskins blog got together for another race of Gaslands Re fulled. We each took 50 cans of vehicles. Mike one Truck and a buggy, while I had two cars and a buggy. We are still getting the rules down and just did a straight up race, here are a few shots from the race, which was an absolute blast!


We had many folks stop by to check out the game which people first thought was Car Wars, but were pleasantly surprised at this new (well over three years old) game. We also talked and will be doing a Demo day in February for our local shop, I will keep you posted.

Also while at the shop I picked up the North Star Implements of Carnage plastic sprue for Gaslands. On it you get various weapons, rams, drivers guns and well as two motorcycles! So after seeing that I knew I wanted to do a team of Buggies and Bikes, so Saturday morning I went to my local Walmart for a few items as well as a couple of cars. I found a great Sand rail car that would be the the start of the new team. I added a driver and two MGs to the top from the new sprue. Still trying to decide a color scheme.


Also I decided that I wanted to do another Bone Crusher model, but this time I wanted to add a turret with a mini gun and once again the new sprue has just that. I also added new header pipes that come on the new sprue as well, here is the completed model next to the very first car I built.


I also picked up a 74 El Camino that has a jet engine in the bed which comes stock on the car. So I took out the windshield and added mesh, placed two 30 cal looking guns to the front and added this cool looking plow! Guns and plow from the new sprue.

In the picture below, I started to sand down the factory paint and add the parts. I have since added blue paint o the car, but after looking at this picture, I may do another car just like this one and only sand down the paint and add my weathering to it.

So there you go, a few of the cars I have been working on for Gaslands Refulled!

Oh and as you saw at the top, here is something a buddy and I came up with for this crazy car building, needed a name for the garage (aka game room!)

That is a great logo

I am really like the North Starr weapons and will be putting them on my next build.