As many of you know, I have a certain fondness for the Lord of the Rings Strategy Battle game by Games Workshop. In fact I enjoy the game so much, I wrote a little pirate game based on the rules. I also run a Lord of the Rings tournament called Gathering in the Desert and it is going into it's 5th year.

But today I need to do a little ranting for a minute. It seems that Games Workshop has no clue what it is doing with the Lord of the Rings game. Let me explain, for years while the movies where out we (the LotR community) had support from Games Workshop with them releasing Source books. We also had articles in White Dwarf (which many WHFB and 40K players hated!) Times were good for Lord of the Rings players.

But recently GW has been doing some strange things with their 3rd Core Game (Yes GW thinks of LotR as a Core Game!). I started noticing that it was getting harder to get Source books. In fact many were taken off the GW web site. As someone who runs tournaments for the game, this made it hard to get new players into the game. But there was a bright spot, GW released a PDF of the special rules and stats for entries that were found in the source books. 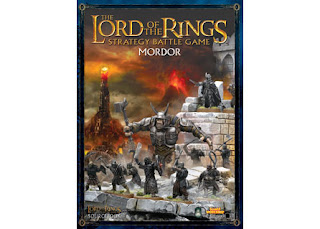 The bad thing was that they did not include points cost, but we still had Legions of Middle Earth. But now, LoME is out of production! So where do players get the point cost? What the heck are they thinking??And how the heck do I as a tournament organizer, recruit new players? It seems that Games Workshop is letting LotR die a slow painful death. 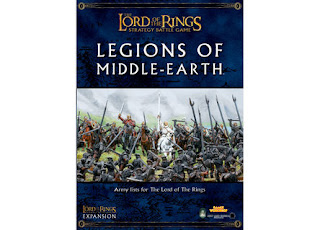 So where does this leave us (LotR Players)? Well there is always hope that with the new Hobbit movies there may be a re-do of the game. I am hopeful that the new movies will be an new resurgence in the game. Although I am worried that GW's track record of late with rules may see some drastic changes to the game that I love. Only time will tell, but for now, I will be left scratching my head and wondering what the heck GW is doing with this game!

Labels: Lord of the Rings, Rant

jdlks said...
This comment has been removed by the author.
11:21 AM

Here's hoping the "Hobbit Theory" is true! I guess I got my LoME copy just in time. Now to find the other source books (oh, ebay, how I love thee....) :P

They've got such an extensive range with some really nice pieces; it would be a real shame to see it die. At least keep it going long enough for me to get my hands on a plastic 28mm Smaug!

If there were more folks around who played, I would certainly make up some Easterling and Rohan forces.

You worry too much. Just come to terms with the fact that GW will break your heart and you will feel much better.

Can't speak for the availability of the LOTR books (my collection is almost complete), but I had heard the Hobbit releases were originally slotted for this year before the movie was pushed back a number of times.

This really only explains the gap in releases (since Fall 2010), but it's been hinted at that everything's ready to go and just waiting on the movie release.

I don't know if I believe all that, but I still have high hopes for GW's "Hobbit" line up.

I heard they were going to re-release the books in "finecast" versions which would have key words missing due to air bubbles and would cost $500 per copy...at least that's what I heard from the voices in my head...

but those finecast books, you would be able to read each period, coma, and question mark that much clearer!

we should most likely start buying up source books and LOME copies just to resell to new players.

I'm afraid this just sounds like the beginning of the end ofr the game. I hate to be a doom-sayer but this is how things went with all their other awesome games like Necromunda, Battlefleet Gothic, Mordheim...

Yeah, I concur that LOTR seems to be being allowed to die... There seemed to be a big push to change from SBG to WOTR, but I dont think WOTR got the uptake they were hoping for, and even folks like me who were keen initially are now frustrated by it, maybe more are drifting away.
I too hope The Hobbit may turn things around, time will tell.

As for "Eli Arndt", I agree, and it seems now with DoomFleet, they even announce at the beginning with new games, there'll be no support after release, so the game is guaranteed to 'die'.

Eli if GW let LOTR die a death it is very different to letting Necro, Mordheim, BFG, or WH Quest drop out of circulation. AS Tim points out LOTR is a core game, those others were only ever Shelf fillers, they right from the outset they were intended to only last a couple of years. LOTR has already been out for 10 years.

The new GW games like Dreadfleet and the last release of Spacehulk are different again as they are limited and as already pointed out GW stated at time of release that they would be doing nothing else for it.

If LOTR dies it means a fundamental change for GW since 2000. However I think the Hobbit may well see a resurgence for the game. I am not a player of LOTR but use the system extensively for other games, I worked with Tim K on LOTHS and use it if for Naps and 16th century games.

However Tim K, I appreciate your frustration and pessimism but you should always bear in mind that when a game like this is created the it is released into the ether and then becomes a beast that sustains itself, feeding off the enthusiasm of those who play it and share their experiences across the global through the internet.

Please don't let it die - I only started playing 3 months ago and I love the game. Our community in Denver is fantastic...

I have heard that there is going to be a new book (that's kind of Obvious with the Hobbit coming) but, that it will be one all inclusive book. Can't say if that's fact or not.

I think if everyone keeps playing it and staying positive, it can only help the game.

I know for a fact the Perry's are sculpting lot's of Hobbit/LotR mini's and they've been releasing finecast on a regular basis.

Early next year seems to be a possible silver lining.