Okay,
The title says it all, new year & a new update (and right when I said I would too!) So I thought I would start off with showing off my clean & organised work desk. When my son went of to college two years ago, I acquired his old room. So I built up a 4'x6' game table & took over his old computer desk. I was so happy that I just unloaded all my paints and started painting. It was all real a mess and I always wanted it to be a bit more organised. So last week I set about cleaning it all up & getting it into better shape. I went out & bought a glass shelf and a few plastic desk drawer units and got everything it its place. Now my resolution for 2009 will be to keep it this clean & tidy all year long. Here are a few pictures: 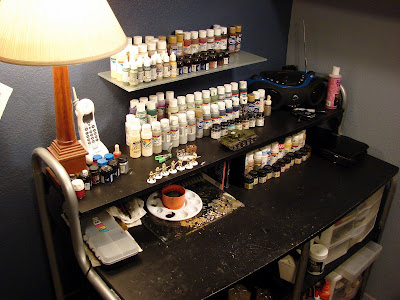 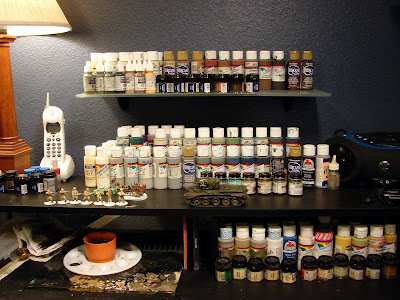 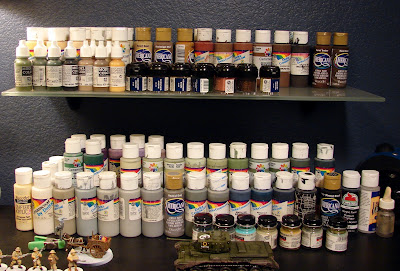 Also I have been working on a few terain pieces for the upcomming Independant Grand Tournament for Lord of the Rings, Gathering in the Desert http://www.adeptusarizona.com/blog/?page_id=51 on February 21st & 22nd of 2009. Here is one piece using the GW LotR ruins. I used the GW LotR ruin set, but did not like how thin they were. So I added a piece of foam core to widen them and embossed so block lines, but it did not look good. About that time I was using some green stuff and had some extra from a project, so I used what I had left to stick it on the foam core and carved in the lines. Now I did not do it all at once, when I had extra green stuff I stuck it on the walls, so all in all it took me about 6 months to get the walls completely filled and carved. Only in the last week did I get the piece done with flocking and detail work. I think it came out pretty well. 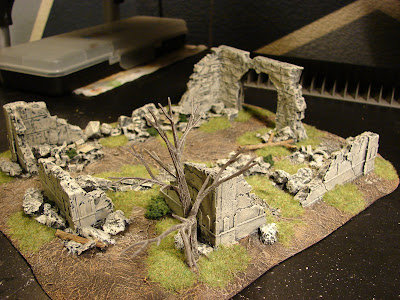 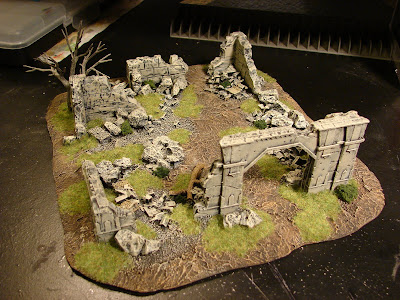 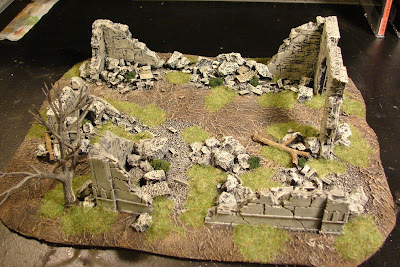 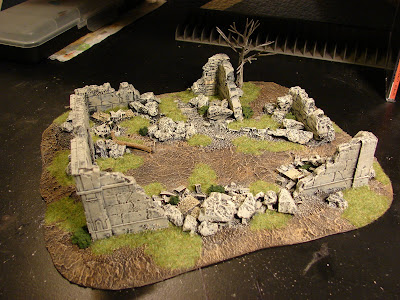 Also I will have a themed table based on Fangorn Forest from LotR. The way I am approaching it was from a scenario from the Two Tower Journey book that GW put out. The idea came from Scenario 5 Alone in Fangorn (page 28) and used about three dificult ground section along with a few tree sections. After looking at the GW Creepy Trees, I got three boxes of creepy trees (9 trees and based them on 3" wood rounds. Now I used the wood templet that the trees come on as the difficult terrain bases, but I needed to cover the holes for where the trees went. So out came the foam & GW LotR ruins again as well as some Liqutex to cover them up, here is what they look like. Here is what they look like (from the bottom) and where the holes are, I forgot to take before pictures. 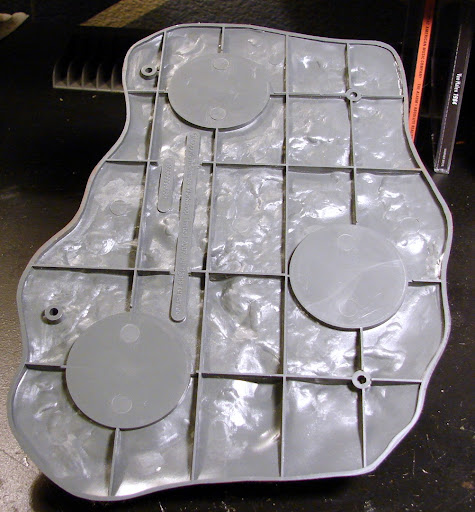 This was the first one that I did, I basicly carved a few rocks out of Blue foam and coated them with Liqutex Stucco and glue them over the holes. I added the bush using Woodland Scenics Poly fiber sprayed with Elmers adhesive (much like 3m adhesive) and covered with Woodland Scenics ground foam. 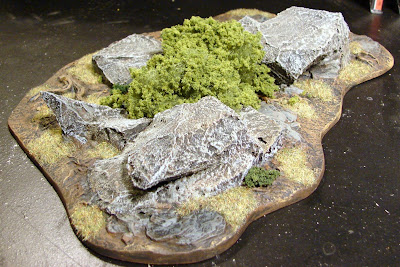 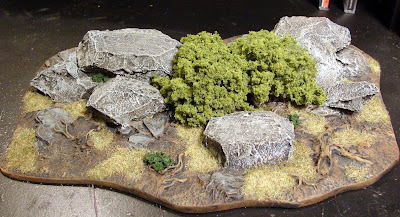 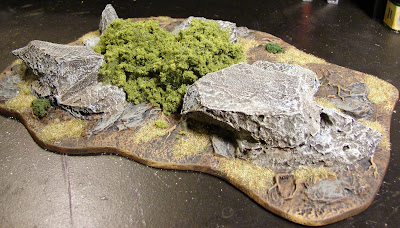 This was the second one & I busted out the GW LotR ruins and covered up two of the holes, the last hole got a corner section & the campfire piece from the set. 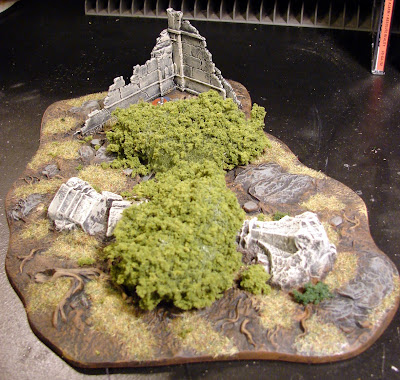 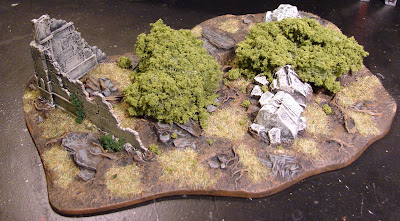 The last one has two more ruin section as well as a generous helping of Liqutex to fill the hole. All in all it looks good. 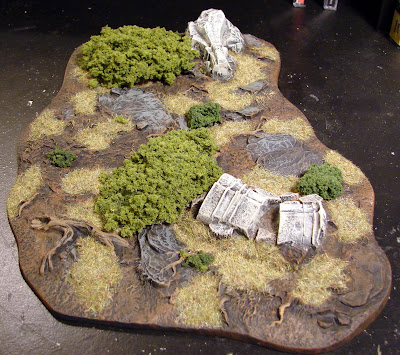 So there you go, the first new update in the New year...

Colour me Jealous. I don't have an official painting desk yet and have to cart everything out to get started and put it all away when I'm done.

Your terrain is looking great!

Thanks man, I had to wait 18 years to get my painting desk & game room.